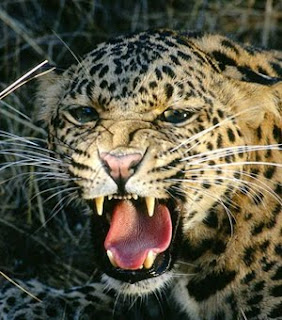 If I had to find something good to say about the Cuban Catholic Church leadership, the only thing I could think of saying is they sure have a lot of faith. Faced with a ferocious and hungry leopard that has devoured countless members of its flock, the Church in Cuba is not asking God to destroy this predator, or even for protection from it. Instead, the leadership of the Cuban Catholic Church is exercising incredible faith by asking the Lord to change the leopard’s spots:

Havana, Cuba, Nov 28, 2011 / 06:25 pm (CNA).- The Communist Party of Cuba should abandon “failed dogmas” and focus on economic progress and freedom of expression in the media, urged a leading Catholic magazine.

Editors from the local Espacio Laical said on Nov. 14 that the country’s leaders should address the true needs of the Cuban people during their upcoming convention in January of 2012.

Espacio Laical said the most important reform for Cubans is the opportunity to exercise more control in their lives and that the government must include a “re-founding of the citizenry” in its future decisions.

Government leaders should allow for the creation of small businesses as well as increased freedom for career professionals, doctors and lawyers, who are currently only able to work in government-run companies, editors noted.

The magazine said that leaders must also ensure greater liberties for private organizations and for openness in the media to “the diversity of opinions in the country.”

Although the editors acknowledged several economic reforms carried out by Raul Castro’s government, they said that citizens largely feel “that nothing significant is happening to renew life.”

With most of the Cuban revolutionary leaders in their 80s, Espacio Laical called the upcoming convention “the last chance for the so-called historic generation” to implement serious reforms. “Don’t miss this opportunity,” editors stressed.