Our good friend Dr. Carlos Eire sent me this Global News Service article that reports on the latest advance of the Castro revolution. It appears the Castro dictatorship has found a solution to all of Cuba’s problems.

CUBA FINDS A SURPRISING SOLUTION TO ITS PROBLEMS

President Raul Castro has announced yet another major reform that promises to transform daily life for all Cubans and set them on the path to a full economic recovery. This momentous initiative will be set in motion on New Year’s Day 2012, in celebration of the 53rd anniversary of the toppling of Fulgencio Batista’s dictatorship, and should be in full swing by May Day.

The unlikely harbinger of prosperity at the center of this reform is a biological marvel known as the Hueta, a resilient and easily grown source of protein perfected by scientists at the Camilo Cienfuegos Institute of Revolutionary Genetics, a branch of the Ministry of Agriculture.

The Hueta – known as Weta in its native New Zealand – is one of the world’s largest insects. First brought to Havana in 2009 by Cuba’s ambassador to Wellington, who trapped a few dozen while visiting Little Barrier Island, off the northern coast of the South Pacific island nation, the Hueta was subjected to genetic engineering by Cuba’s top scientists. As modified by geneticists at the Camilo Cienfuegos Institute, the Hueta reproduces very easily at an astonishingly fast rate. It is also highly resistant to all bacteria, viruses, molds, and pesticides, and has no natural predators. Weighing in at nearly 16 ounces, and packing a whopping 80 grams of protein and 2,000 calories, each Hueta contains enough nutrition to feed a full-grown adult for an entire day. Easily digestible and a source of excellent fiber, the Hueta is fat-free, full of vitamins, and boosts good cholesterol (HDL) while blasting away at bad cholesterol (LDL). Best of all, the Hueta, which lives off human excrement, requires no expense for feeding, and thus promises to create a fully sustainable, recyclable, ultra-green ecosystem along with the added bonus of full socioeconomic justice.

“The Hueta is not only a great triumph of our superior Revolutionary science,” says General Argimiro Bidelgrande, Assistant Minister of Agriculture (pictured here with one of his prize specimens), “but also a death blow against the imperialist embargo and even against capitalism itself.”

Chemists at the Salvador Allende Institute of Applied Marxism are currently trying to turn Huetas into biofuel.

In his five-minute address on Cuban television and radio last night, President Raul Castro explained that all Cubans would receive a pair of Huetas from their neighborhood Committee For the Defense of the Revolution, along with breeding instructions. Once these Huetas begin to reproduce, said President Castro, all Cubans will be free to consume, sell, buy, or trade Huetas without any government regulation. “We bestow on you the privilege of feeding yourselves,” he shouted into the microphone, adding: “this is the first and only authorized occupation that all Cubans can practice without a license.”

President Castro closed his address with a stunning announcement: “It is our intention, by May Day, to reclaim all of the land previously used for agriculture and to transform it into golf courses and resorts for tourists – except for our tobacco fields. We must continue to produce the world’s finest and most expensive cigars for export. It is also our intention to replace the Cuban Peso with the Hueta on that same glorious day. Finally, Che Guevara’s dream of a money-less society will be fulfilled.”

Whether or not tourists to the island will have access to the Hueta at their exclusive resorts remains unclear, but President Castro was careful to point out that all foreigners will continue to pay for everything in Euros and Dollars indefinitely.

Another uncertainty is whether or not Cubans will have access to any condiments or comestibles besides the Hueta after May Day, when all agricultural production will suddenly cease. This raises questions about the future of Cuban cuisine. Will there be any Arroz con Hueta or Fricasé de Huetas? Or Hueta-infused Ajiaco? Or will Huetas be the only foodstuff for everyone? Overall, despite such uncertainties, the response of ordinary Cubans to President Castro’s announcement has been very positive. 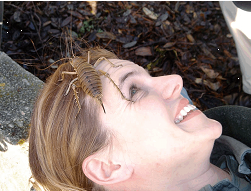 When asked about this latest reform, Cuba expert Phil Peters at the Lexington Institute said: “Once again, President Castro has shown the world that he is a genuine visionary reformer and a great humanitarian. I wouldn’t be surprised if he is awarded the next Nobel Peace Prize.” Fellow Cuba expert Julia Sweig at the Council on Foreign Relations, was equally optimistic “Finally, perhaps, the United States government will realize, once and for all, that it has always misunderstood the Cuban Revolution and acted unjustly against the Castro brothers and the Cuban people.” When asked for comment, documentary film auteur Michael Moore simply said, “yum.” Actor Sean Penn was more philosophical: “I suppose this proves that third world people are noble savages indeed and that they therefore do not crave the same human rights as Americans, or the same diet, as I’ve been saying for years.”

As usual, not one single Cuban exile could be reached for comment.

5 thoughts on “Viva the Revolutionary Hueta!”