To French president Nicolas Sarkozy, it seems Cubans are not as “human” as the Libyan people or as “deserving” of liberty. As far as he is concerned, the Cuban people can continue enslaved and oppressed, as long as, of course, the French can continue making money off their misery.

While in Havana, Lellouche went out of his way to reassure the Castro dictatorship that “no political political problems” exist between France and Cuba, and that both countries “share the same passion for sovereignty and national independence.”

Sarkozy (rightfully) forgot to mention that to Gaddafi’s dictatorship.

So what makes Castro’s dictatorship so special? 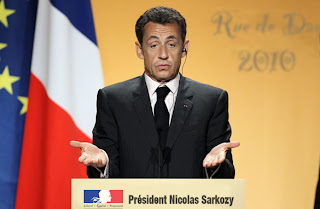