If the leftists in Latin America have been consistent on anything, it is in the support of tyrannical dictatorships throughout the world.

The so called ‘progressive’ Latin American governments not only did they not support the revolution wave later known as the “Arab Spring” but openly and repeatedly backed the regimes against which the peoples of those countries rebelled. 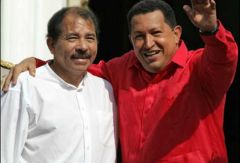 Venezuela and Nicaragua were the most explicit in defending first Libya’s Muammar Gaddafi and later Syrian president Bachar el Asad together with Cuba, Ecuador and Bolivia in a similar position maybe less intense, while Brazil kept a clear more moderate profile.