In Cuba, Dial-Up Internet Is A Luxury 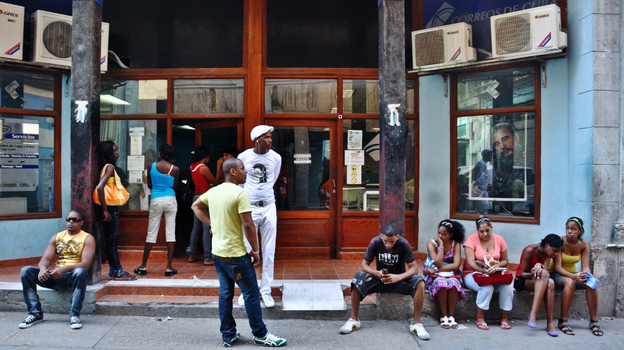 Cuba is one of the least-connected countries in the world, a time-warped place where millions of young people have never been online and a dial-up Internet account is the stuff of dreams.

An undersea fiber-optic cable linking the island to Venezuela was supposed to change that this year. But six months after its completion, frustrated Cubans are still starved for Web access.

Watching government-run television newscasts in Cuba is often a strange experience, but especially so when the topic is social media. Consider a recent report about Facebook and Twitter: The Castro government wasn’t telling Cubans those sites are something to fear — it was actually the opposite.

The young reporter sat with a laptop and, without a hint of irony, extolled the virtues of social networking as a source of real-time alternative information. But given the low level of Internet access here, she may as well be describing the surface of the moon.

There are other strange sights on the island, like Cubans carrying new iPhones and BlackBerrys brought in from Miami or Madrid, which only work in Cuba for talking and texting.