Cubans on the island and all over the world were disappointed once again on Friday when dictator Raul Castro announced that travel restrictions imposed on Cubans for more than five decades will remain in place. This announcement is yet another in a long list of disappointing events in the lives of Cuban since the yoke of tyranny was placed upon them by the criminal and murderous Castro regime.

Cubans vented disappointment Saturday after waiting fruitlessly for President Raul Castro to reform a moribund migration system and allow them to travel abroad freely for the first time in 50 years.

“There is no disappointment, just renewed disappointment,” Twitter user Rey wrote on the micro-blogging service. Rey was among hundreds of Cubans who followed the opening session of the National Assembly on Friday, at which Castro had been expected to finally unveil the much-awaited migration reforms.

Instead, the ex-defense chief who took over from his brother, revolutionary icon Fidel Castro, in July 2006 said he reaffirmed his “unswerving will to gradually introduce the changes required in this complicated area.”

But Cubans were not the only ones who were once again disappointed by the Castro dictatorship. The wife and family of American aid worker Alan Gross, who has been held hostage by the Cuban regime for more than two years now, were also disheartened to hear that Mr. Gross’ name was not included on the list of more than 2,900 political prisoners slated to be released before a Papal visit early next year.

The wife of a U.S. subcontractor excluded from a list of nearly 3,000 names pardoned from a Cuban prison Friday says she is beyond herself in devastation for his health and justice.

Among a list of 2,900 names, Maryland native Alan Gross was not among the ones set to be released as a humanitarian gesture by Cuban leader Raul Castro for the holidays.

‘To receive news in the middle of Hanukkah that the Cuban authorities have once again overlooked an opportunity to release Alan on humanitarian grounds is devastating. Our family is simply heartbroken,’ his wife Judy Gross said in a statement obtained by CNN. 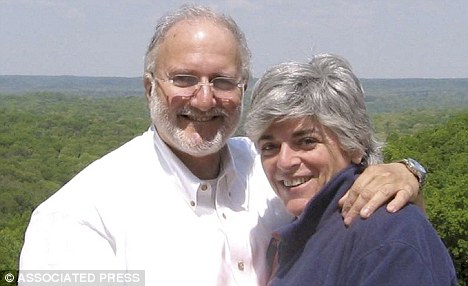 Rounding out our list today of those recently disappointed by the Castro dictatorship is the U.S. government itself:

US regrets Cuba’s decision not to release Alan Gross

The US State Department has said it is disappointed that US citizen Alan Gross is not among some 2,900 prisoners to be released by Cuba.

There is one group, however, who will not be disappointed by this latest round of atrocities committed by the Castro dictatorship: “Cuba Experts.” For them, this is just another day at the office. More indefensible acts by the vicious and ruthless regime they defend on a daily basis.