The Vatican has announced March 26 through the 28th as the dates Pope Benedict XVI will be visiting Cuba. 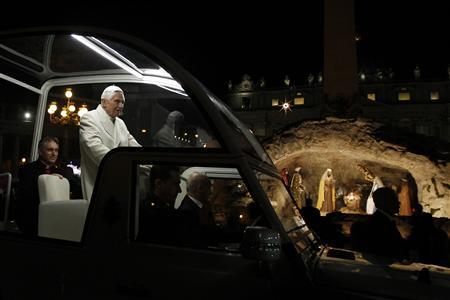 (Reuters) – Pope Benedict XVI will visit Cuba on March 26-28 and perform two open-air masses on the communist island as part of his upcoming trip to Mexico and Cuba, Roman Catholic Church officials said on Sunday.

The 84-year-old pontiff was to fly from Mexico and arrive in the eastern city of Santiago, where he will be met by President Raul Castro, and then go on to Havana on March 27.

He will perform masses in the main plazas — both known as Revolution Square — of the two cities and also visit Cuba’s most famous religious icon, the statue of the Virgin of Charity in the town of El Cobre, the Church said.

The purpose of the papal visit is in part to celebrate the 400th anniversary of the discovery of the relic, said to have been found by three fishermen floating in a bay in eastern Cuba.

3 thoughts on “Date set for Pope’s visit to Cuba”