On behalf of a unanimous Board of Directors, the Cuban American Bar Association sent a letter to the American Bar Association’s (“ABA”) President admonishing its upcoming delegations to Cuba. This spring three sections of the ABA are coordinating visits to learn about the legal justice system in Cuba. As it has done in the past, the Cuban government will undoubtedly use these visits by the world’s largest voluntary professional lawyers association to bolster their shameful justice system.

The ABA should not be used in this way. If the ABA moves forward with the trips, CABA urges them to set up meetings with independent lawyers on the island who are fighting to establish the rule of law, independent from the government. As this issue develops, CABA will remain vigilant in informing the ABA and the world-community of Castro’s usual ploys to gain legitimacy.

Founded in Miami in 1974, CABA is a voluntary bar association established to promote equality of its members; serve the public interest by increasing awareness to the study of jurisprudence; foster respect for the law; preserve high standards of integrity, honor, and professional courtesy among its peers; provide equal access to and adequate representation of minorities before the courts; facilitate the administration of justice; build close relationships among its members; support Miami-Dade’s indigent community and increasing diversity in the judiciary and legal community. 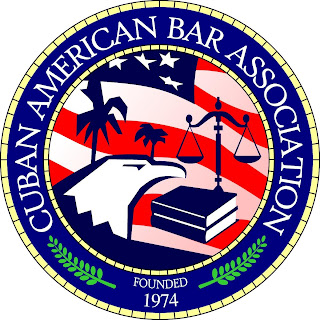