Tracey Eaton from the Along the Malecón blog on pride and passion for Cuba:

Pride and passion over Cuba remain strong in Miami 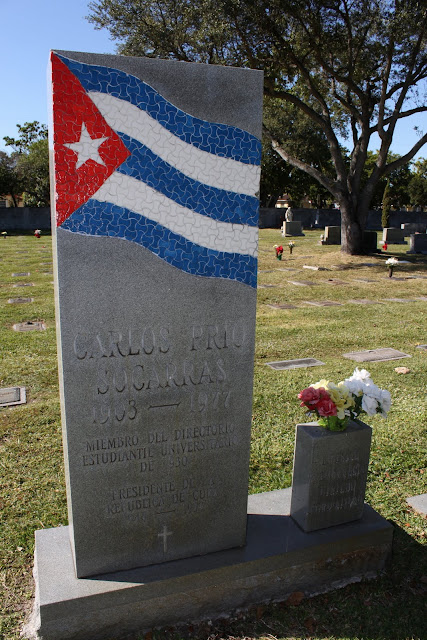 […] Over the next year, I hope to get to South Florida more often. I realize how important Miami is to the history and politics of Cuba.

Cubans on both sides of the Florida Straits are passionate about their country and have important stories to tell.

I asked Alberto de la Cruz, managing editor of the Babalu blog, why exiles have such strong feelings about Cuba. Here’s what he said, via email:

Cuban exiles are different from traditional exile groups in the U.S. for various reasons. Most of them live in South Florida, and the close proximity to the island plays a major role in keeping Cuba front and center. In addition, most exiled Cubans and Cuban Americans have family back in Cuba, which serves to maintain both an emotional and physical tie to their homeland or the homeland of their parents.

These ties provide a near constant connection to Cuba and serves as a daily reminder to exiles of the systematic destruction that has been taking place in Cuba over the last five decades. It is also a daily reminder of the ongoing misery suffered by their family members and friends still living under the tyranny of the Castro dictatorship.
The close proximity; the family ties; the still vivid memories of a vibrant Cuban society that before the Castro revolution enjoyed a standard of living higher than many countries in Europe; the dismantling and destruction of traditional Cuban culture by the so-called ideals of the revolution; all of these factors combine to make Cuba a passionate cause for Cuban exiles and Cuban Americans.

What took place in Cuba when Castro took over was not a voluntary change to a different system of government. Instead, what took place was the wholesale destruction of the institutions and ideals that defined Cuba and the Cuban identity. That, in and of itself, is enough to inspire passion among Cuban exiles who hold their country dear.

When you add the repression and death brought about by Fidel Castro and his revolution, and the constant misery suffered by relatives, friends, and fellow Cubans, it serves to stoke the fires of passion even more.

1 thought on “Pride and Passion for Cuba”