The incomparable Mary Anastasia O’Grady in the Wall Street Journal:

Cuba and the Castro News Filter

Investment companies that provide market analysis are required by law to disclose potential conflicts of interest that could bias their reports. Imagine if media outlets were forced to do the same with stories filed from inside Cuba’s military dictatorship. Their disclaimers might read like this: “This report was prepared under psychological duress, threat of loss of journalistic credentials, imprisonment or expulsion from the country, and while being spied on 24-7.”

Tourism, aka “cultural exchanges,” out of the U.S. to the island is on the rise, leading some observers to conclude that the dictatorship is kinder and gentler than it used to be. But all visitors, and those they interact with in Cuba, are as carefully watched as they were in the first days of the revolution. In the news business, reporters are not permitted to travel freely, and it is verboten to damage the image of the Castro government. Penalties can be severe.

This reality came to mind last week when we learned of the death of another dissident at the hands of the regime. Thirty-one-year-old Wilman Villar Mendoza, who was arrested in November, had been on a hunger strike for at least 50 days. His imprisonment was part of a wider wave of state repression that has been under way for more than a year amid a rising number of public protests, particularly by young people.

Yet while Raúl Castro’s announcements about “reform” have made headlines and topped television news around the globe, we had hardly heard of Villar Mendoza or the resistance movement he belonged to. 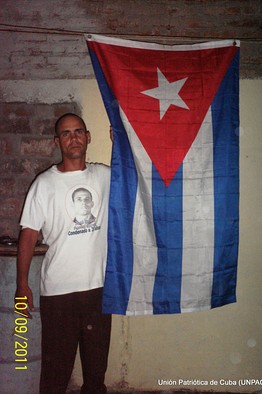 Apologists for the status quo will tell you that Cuba’s democracy movement is not news because the number of Cubans who would rebel given the right encouragement is insignificant. But if Cuba is an island of contentment, why do the Castro brothers go to such lengths to make an example of dissidents like Villar Mendoza and pressure local news bureaus to ignore the repression? There is a reason journalists who want to stick around know they’d better find something else to write about.

Villar Mendoza’s case was especially hard to learn about because he lived in the eastern province of Santiago de Cuba. The east is one of the most repressed areas of the county, perhaps because it is where, historically, uprisings in Cuba have originated. Now, despite the tight grip, it is again becoming the hotbed of antigovernment protests, united by a coalition known as the Eastern Democratic Alliance. But since there are no embassies there and reporters may not leave Havana without permission, the magnitude of the eastern rebellion is not recognized by the outside world.

The story has gotten out thanks to Cuba’s independent journalists and human-rights advocates, operating on a shoestring and at great personal risk. They use cellphones and sometimes computers when they can sneak under the radar. They’ve reported that on Nov. 14 Villar Mendoza was beaten and arrested for his part in a peaceful protest march in his hometown of Contramaestre. Ten days later, in a summary trial, he was sentenced to four years in prison. When he was refused an appeal, again without due process, he began a hunger strike. His jailers at Aguadores prison responded by stripping him, throwing him in a dank solitary confinement cell, and denying him water. He came down with pneumonia and died of sepsis.

Given the history, the account sounds plausible and gains credibility from the regime’s intensive damage-control efforts. The Castros allege that Villar Mendoza was a common criminal. This is standard procedure: In fact the regime claims there are no “political” prisoners in Cuban jails—only criminals.

Former Cuba correspondent for Spanish Television, Vicente Botín, describes how hard it is to report the truth from the island in his 2009 book “Funerales de Castro.” He reminds readers that in 1997 Fidel expelled a French journalist for writing that Cuban chickens were not meeting their government egg-laying quotas. In 2007, the regime withdrew the credentials of three foreign correspondents from the Chicago Tribune, the BBC and the Mexican daily El Universal for lack of “objectivity.” “The three journalists were scapegoats used to warn their colleagues in the foreign press of the dangers they run if their ‘objectivity’ does not coincide with that of the government,” Mr. Botín notes.

Sebastián Martínez Ferraté didn’t fare so well. In 2008 he used a hidden camera to document Cuba’s epidemic of childhood prostitution, and the report aired in Spain. When he returned to the island in 2010, he was arrested and sentenced to 17 years in prison. Spain only recently negotiated his release.

As Mr. Botín explains, the regime goes out of its way to make sure that journalists know that they are being watched and no one working in Cuba is under any illusion about a free press. Yet when foreigners watch “news” from the island they are likely, through force of habit, to put their trust in the messenger. Maybe the news organizations should start running that disclaimer.

1 thought on “The Castro News Filter”