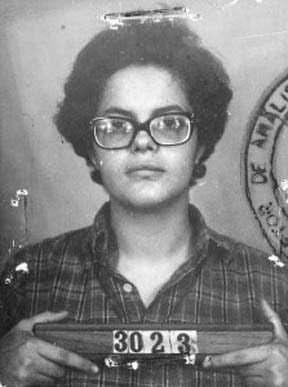 When Dilma Rousseff, a former militant Marxist revolutionary replaced Lula Da Silva, another leftist with a militant history, as president of Brazil, I did not hold out much hope the Brazilian government would reverse course and begin using its diplomatic and economic power to apply pressure to the repressive Castro dictatorship in Cuba. However, soon after she was sworn into office, Rousseff made several strong and critical statements regarding human rights abuses in Cuba, breaking sharply from her predecessor’s shameful support for the brutal Castro dictatorship and his despicable rhetoric in their defense. For a brief moment, there was a glimmer of hope that perhaps Rousseff would finally employ the considerable power and influence her country possesses to address the vile human rights abuses that have been taking place in Cuba on a daily basis for the past fifty-three years.

Unfortunately, the key words here are “glimmer” and “brief.” In her first visit to Cuba taking place at this moment, Brazilian president Dilma Rousseff has proven to be no less deplorable and no less despicable than her predecessor, Lula Da Silva.

President Rousseff has an opportunity to speak up for those who are violently silenced. She has an international stage where she can call out a repressive dictatorship that has enslaved millions, imprisoned hundreds of thousands, murdered tens of thousands, and destroyed countless families. She could make a stand for the victims. Instead, Dilma Rousseff has chosen to defend and support the assassins.

(Reuters) – Brazilian President Dilma Rousseff met with Fidel Castro, the revolutionary hero of her youth, and held talks with his younger brother, President Raul Castro, on Tuesday in a visit to strengthen financial ties with communist-led Cuba.

A Brazilian diplomat confirmed that Rousseff had met with Fidel Castro, whose 1959 communist revolution she tried to emulate as a leftist guerrilla fighter against Brazil’s 1960s military dictatorship.

She told reporters she would go see him with “much pride.”

HAVANA — Brazilian President Dilma Rousseff pushed back against criticisms of Cuba’s human rights record that have intruded on her first state visit to the communist island, saying a U.S. detention camp for suspected terrorists at Guantánamo Bay is also a concern.

Rousseff, who was inspired by Cuba’s revolution to take up arms against Brazil’s military dictatorship in the 1960s, said that while she’ll discuss human rights in meetings today with President Raul Castro and his brother Fidel, their government’s record won’t be the sole focus. All countries, including Brazil, must protect the rights of their citizens, she said.

“We’re going to begin talking about human rights in the U.S., in regard to a base here called Guantánamo,” Rousseff, referring to the U.S. detention camp, which is located on Cuba’s southeastern tip, told reporters in Havana. “It’s not possible to use human rights as a political and ideological weapon.”

Even Amnesty International has joined those criticizing Rousseff, demanding that she defend the rights of Cubans on the island who are oppressed by the Cuban regime.

Perhaps one of the best and most telling illustrations of Rousseff’s shameful capitulation and subservience to a brutal and murderous regime can be found in the case of Cuban blogger, Yoani Sanchez. Just a few short weeks ago, Rousseff made a bold statement from Brazil in defiance of the Castro dictatorship stating that Sanchez had been granted a tourist visa to visit the country and attend an event Sanchez had been invited to. Now that Rousseff is in Cuba, however, the story has changed:

HAVANA — Brazilian President Dilma Rousseff said Tuesday that her country acted properly in granting an entry visa to Cuban dissident blogger Yoani Sanchez, but that it’s an internal matter for Cuba as to whether Sanchez is allowed to leave the island.

Rousseff also demurred when asked whether she had any concerns about the island’s human rights record, saying it’s not her place to judge.

So there you have it, a former Marxist guerrilla has chosen to capitulate, support, defend, and subjugate herself to a murderous Stalinist tyrants with the blood of thousands on their hands. My first impression of Rousseff and her policy towards the Cuban dictatorship was correct: Nothing good can or will come of this.

4 thoughts on “Dilma Rousseff in Cuba: Nothing good will come of this”