In December 2009, an American development worker, Alan Gross, was arrested and sentenced to 15 years in prison by the Castro regime for helping Cuba’s Jewish community connect to the Internet.

Despite this hostage-taking, in January 2011, the Obama Administration rewarded the Castro regime by lifting sanctions related to non-humanitarian travel.

This week, the Egyptian military announced the prosecution of 19 American development workers for supporting human rights and pro-democracy groups in the North African nation.

In response, the Obama Administration is threatening Egypt with repercussions, including cutting off U.S. aid.

Thus, two hostage situations — one rewarded with concessions, while the other with consequences.

Any bets on which country will release the American development workers first?

And while we are on this issue, where are all the USAID critics that slammed the Cuba democracy programs after Alan Gross’s arrest, arguing that these were “covert regime change” programs and that Castro’s absurd “laws” (decrees) should be respected?

Why aren’t they making the same accusations about USAID’s programs in Egypt? Or in Syria or Iran, for that matter? 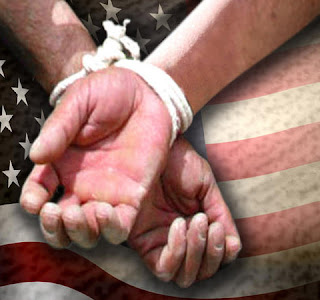 1 thought on “Obama, Hostages and USAID”