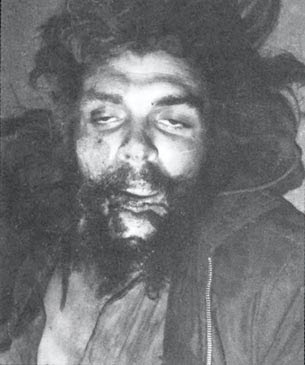 The Ecuadorian National Assembly of dictator Rafael Correa issued a resolution condemning the “assassination” of the vicious and psychopathic murderer, Ernesto “Ché” Guevara. According the Ecuadorian National Assembly’s version of history, Ché was in effect murdered in 1967 by Ronald Reagan and Margaret Thatcher, who apparently both boarded a time machine and went back in time to snuff out this “great revolutionary hero.”

My translation of a report on this resolution:

The author of this resolution, Tomas Zevallos, a representative of the Orellana provice (Amazonia), reminded everyone that October 8 was the 44th anniversary of the assassination of Ernesto Guevera, “who died for his ideals and revolutionary projects belonging to the youth of the time, struggling against the neo-liberalism of Margaret Thatcher and the so-called ‘conservative revolution of Ronald Reagan,'” said the assembly member.