The 50th anniversary of the establishment of US sanctions by President John F. Kennedy on the Castro regime in Cuba is an excellent moment to reflect on whether they should be maintained, changed, strengthened or abolished. The argument made below in 2003 holds true today but unfortunately the trade embargo on Cuba for all practical purposes was ended in 2000. Economic sanctions remain but since 2001 there has been over $3.5 billion dollars in trade between American businesses and the Cuban dictatorship. The human rights situation on the island has not improved. 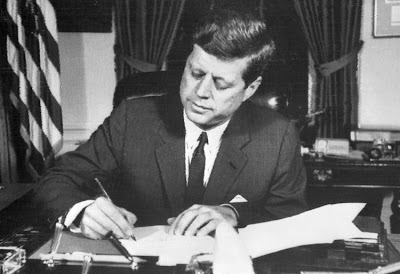 There is a tragic sham that harms Americans, but it is not the trade embargo on communist Cuba. Rather, it is the cliche that “to pull down barriers,” by ending trade sanctions on a ruthless communist dictatorship and provide it with subsidies would bring political reforms.

The sham seen today in China is proof that such a policy would also be a disaster in Cuba, and only serve multinational interests and Cuba’s communist regime.

America normalized relations with Beijing in 1979. The belief then was that normal relations would lead to more human rights and a peaceful transition to democracy. The opposite has been the case.

In the Soviet Union, confrontation and economic isolation led to a relatively peaceful implosion of the regime. In China, the policy of trade and political engagement has led to a thriving economic system under communist control, and modernization and expansion of the military and state security apparatus.

In Cuba today, political opposition is growing, and human-rights abuses although systematic and pervasive have in practice declined in numbers. This is not due to the good will of Fidel Castro’s regime, but a lack of resources.