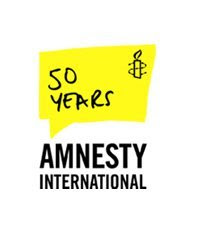 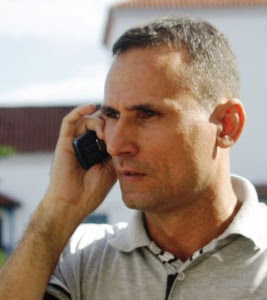 José Daniel Ferrer García
Former prisoner of conscience José Daniel Ferrer García, who is on conditional release from prison, is believed to have been re-arrested in central Havana on 21 February. He had travelled to Havana from Santiago de Cuba province to meet with diplomats, human rights activists and dissidents in connection with his work as the coordinator of the Patriotic Union of Cuba (Unión Patriótica de Cuba, UNPACU), an umbrella group of dissident organizations based in eastern Cuba.
On 21 February, José Daniel Ferrer García was travelling by taxi with Elizardo Sánchez, coordinator of the Cuban Commission for Human Rights and Reconciliation (Comisión Cubana de Derechos Humanos y Reconciliación Nacional, CCDHRN), whose office he had just visited. Elizardo Sánchez exited the taxi in the central neighbourhood of Vedado and five minutes later received a text message from José Daniel Ferrer García which stated he was being detained by police. On 22 February, the Elizardo Sánchez contacted the police information service and was informed that there was no record of José Daniel Ferrer García being held in any detention facility.
There has been no news of his whereabouts since then.
José Daniel Ferrer García was granted conditional release in March 2011, having served eight of his 25 year sentence. Under the terms of his release, he could be sent back to prison to serve out the remainder of his sentence – 16 years. Amnesty International believes his arrest is an attempt to repress the peaceful dissident activities he and members of UNPACU are undertaking in eastern Cuba.
Please write immediately in Spanish or your own language:

Urging them to immediately cease the harassment and intimidation of members of the Patriotic Union of Cuba and all other citizens who seek to peacefully exercise their rights to freedom of expression and association.
PLEASE SEND APPEALS BEFORE 5 APRIL 2012 TO:

Prisoner of conscience José Daniel Ferrer García was granted conditional release in March 2011 following eight years imprisonment. He was one of 75 people who were arrested and sentenced following a crackdown on Cuban dissidence in March 2003. All 75 were adopted as prisoners of conscience by Amnesty International, as they had acted non-violently and were imprisoned under Cuban legislation which illegitimately criminalizes political dissent. José Daniel Ferrer García was sentenced to 25 years imprisonment in relation to his participation in the Varela Project, which aimed at requesting a national referendum on democratic reforms. Article 31.1.4 of the Cuban Criminal Code states that conditional release allows a prisoner to see out the remainder of their sentence outside prison provided they demonstrate “good behaviour” (“buena conducta”).

The Patriotic Union of Cuba (UNPACU) is an umbrella group of dissident organizations, based primarily in Santiago de Cuba, but also in neighbouring provinces of eastern Cuba. UNPACU seeks democratic change in Cuba via non-violent means.
Since UNPACU’s creation in mid-2011, its members have faced constant harassment and intimidation form the Cuban authorities, including arbitrary detention. One of UNPACU’s members, prisoner of conscience Wilman Villar Mendoza died in January 2012 following a hunger strike in protest at his four-year prison sentence following a summary trial. This repression is part of a general crackdown against dissidents in the eastern provinces of Cuba which has gathered pace since mid-2011.
Name: José Daniel Ferrer García Gender m/f: m UA: 60/12 Index: AMR 25/005/2012 Issue Date: 23 February 2012