On Saturday February 18th, Cuban political activist Valexi Villasuso was detained by the Panamanian authorities at the Panama City Airport, while attempting to enter the Panama territory to continue his journey to the United States of America.

Villasuso is the creator and Chief Editor of Arrebatus.com, which was the first website of political opinion inside the island of Cuba. Villasuso is also a respected microbiologist that worked for the Pedro Kouri Institute of Tropical Medicine in Cuba until the government’s repression forced him to abandon the country. The Panamanian authorities sent him back on Tuesday February 21st to the island of Saint Martin. Currently we do NOT know where he is being held, as he has not being able to communicate. If the local authorities initiate a process for his deportation to Cuba, it would mean indefinite imprisonment without trial for Villasuso once he arrives to the island.

Political prisoners in Cuba are confined to share small cells with common criminals and are subjected to torture, including corporal punishment and excessive use of force, sleep deprivation and sensory deprivation. Many are fed rotten food, which leads to food poisoning and dehydration, and in some cases death, because they are denied adequate medical attention.

If a scientist like Valexi Villasuso, whose only “sin” is to have raised his voice against the Cuban regime is deported, he will be subjected to endure the most flagrant violations of his basic human rights.

In the name of freedom, we are gathering as many signatures as possible, so that the government of the United States of America intervenes in this case and grants Valexi Villasuso political asylum.

Add your voice and DEMAND the government of the United States of America to TAKE ACTION in defense of Valexi Villasuso’s human rights. 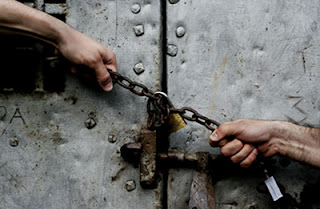