Michael Dweck, the photographer behind the Cuba photo book Habana Libre, was featured in our weekly ajiaco this past Tuesday after he wrote a piece for the Huffington Post declaring Cuba to be a free country. This assessment came after he attended a few lavish and hedonistic parties with the the children of the Castro dictatorship and other elites on the island. The Huffington piece was titled “Welcome to Cuba, Asshole,” and I am certain Dweck has no idea how appropriate and revealing his title truly is.

Dweck is so enamored by the elite party crowd in Cuba that his book party in Havana was attended by his new Cuban friends, which are all members of the privileged class in Cuba, and include the sons of Fidel Castro and Ché Guevara: 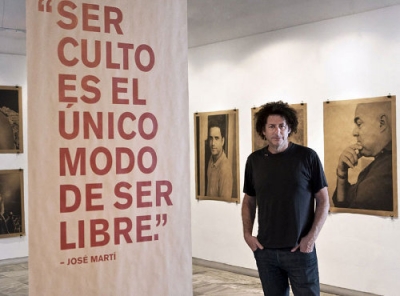 Michael Dweck is a visual artist known for his suggestive photographic style. The most important themes in his works are the concept of the beautiful and the aesthetics of beauty.

In 2003, he was the first living photographer to have a solo show at Sotheby’s in New York. Michael Dweck is the author of a pictorial book – Habana Libre – which includes interviews with the sons of Fidel Castro and Che Guevara. He describes the privileged class in modern Cuba. Starting Feb. 24, 2012, Dweck will be the first American artist to have a solo exhibition with Habana Libre at the Fototeca de Cuba Museum in Havana.

There were expected about 400 guests, but over 2000 attended the gala event. The exhibit’s large-scale photographs were printed on Kraft paper using a wax-based toner technique that Dweck developed specifically for this show.

The party in Havana was certainly an interesting one, as these photographs from the event on the blog A las cuatro MiGato illustrate: 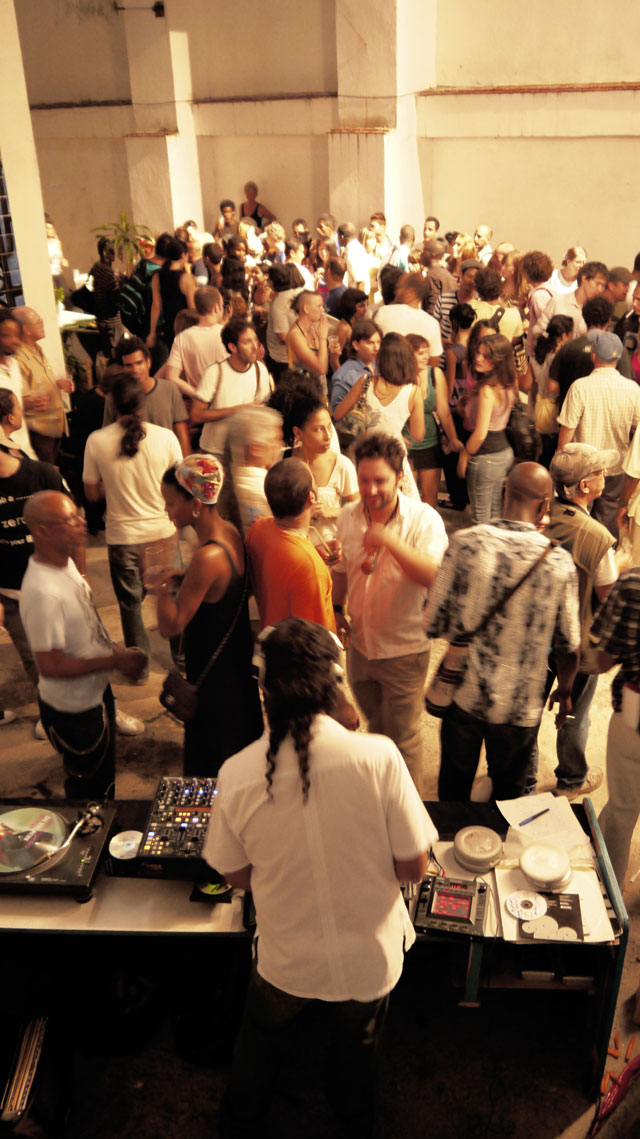 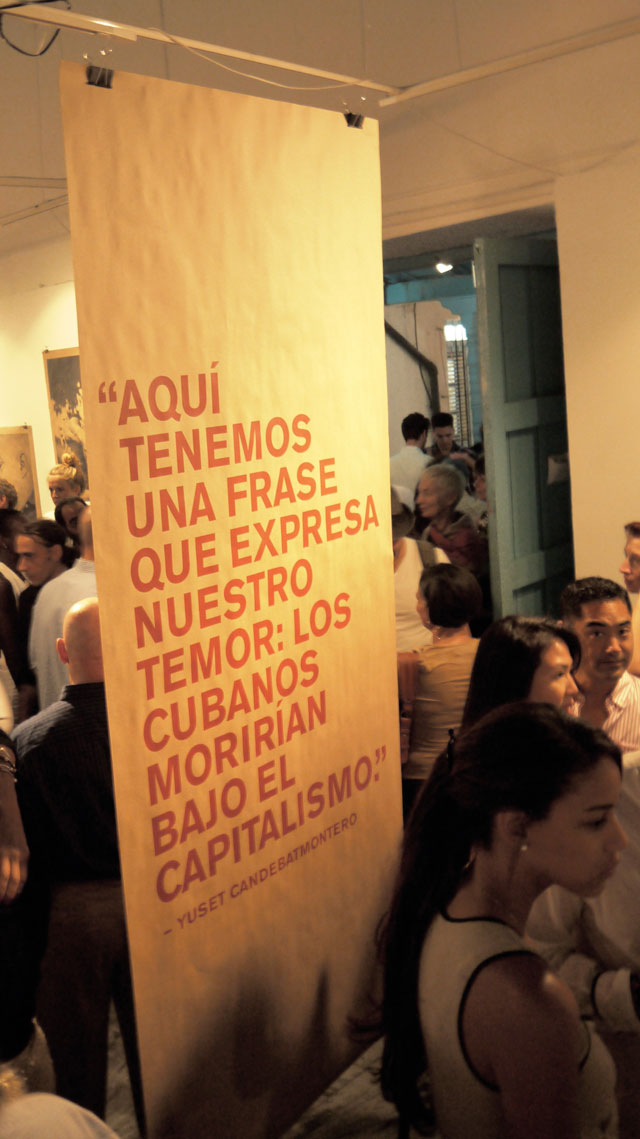 In the first photograph shown above, we see the elitist members of Cuba’s Castro dictatorship partying like typical bourgeoisie capitalists. In the second picture, we see this banner amongst the Castro party people, which translated reads: “Here we have one phrase that expresses our fear: Cubans would die under capitalism.”

It really does not get anymore ironic than this.

7 thoughts on “Michael Dweck in Cuba: Partying with Castro’s bourgeoisie”