This is Jose Daniel Ferrer Garcia speaking, coordinator for the Patriotic Union of Cuba, mobile #5353631267. In Guantanamo, at approximately 9:30 in the morning, the Political Police and the National Police entered the home of Rogelio Tabio Lopez and Rosaida Ramirez Matos, a married opposition couple. The search of the home concluded just a few minutes ago. Rogelio Tabio Lopez and his son, Rogelio Tabio Ramirez, were brutally beaten and taken to a police station. The wife of Rogelio was also arrested. They took their computer, mobile phones, and even some magazines and other printed material. These peaceful opposition activists members of the Movement for Resistance and Democracy affiliated with the Patriotic Union of Cuba were recently victims of a long and violent act of repudiation. Rosaida Ramirez Matos had to call from a public telephone after she was released by agents of the police.

This is how the Castro dictatorship prepares for the visit by Pope Benedict XVI. 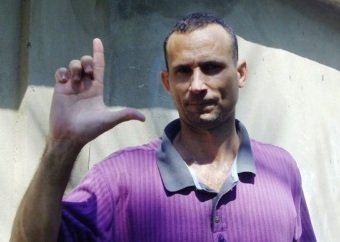