Capitol Hill Cubans gives the U.S. partners of the Castro dictatorship who are breathlessly screeching about Florida’s new Cuba-Syria law a much needed lesson in constitutionality:

The Constitutionality of FL’s Cuba-Syria Law

Last year, the Florida legislature passed a law that divested and prohibited procurement with foreign companies that engage in business with Iran and Sudan.

Is was lauded — and rightfully so.

Additionally, more than half of the states across the nation have adopted similar laws — without a problem.

Suddenly, the National Foreign Trade Council (NFTC) is screaming foul play and citing the U.S. Supreme Court case of Crosby v. NFTC, where a Massachusetts law regarding Burma was overturned on the grounds of federal preemption (under the Supremacy Clause of the U.S. Constitution).

But here are the facts:

State law only violates the Supremacy Clause if the U.S. Congress has affirmatively spoken and the state law conflicts with federal law.

In contrast, Massachusetts’s Burma law in Crosby was held to be preempted by federal law because it “undermine[d] the intended purpose and ‘natural effect’ of existing federal law.”

That is clearly not the case with Florida’s new law, which is consistent with federal sanctions law toward Cuba.

It even directly refers to federal sanctions law, so that the termination requirements match.

So if Castro’s business partners challenge Florida’s Cuba law, they’d also be challenging its Iran-Sudan law and similar state laws across the nation. 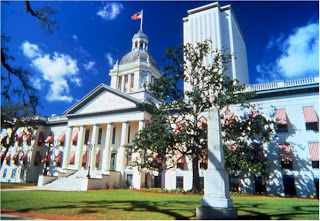 2 thoughts on “A lesson on constitutionality for U.S. business partners of Castro dictatorship”