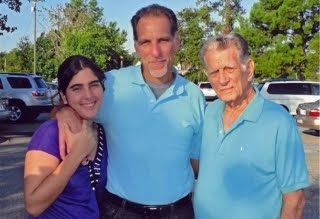 It is one of those stories that you just know how it is going to end. A federal judge in Miami granted a request made by convicted Cuban spy Rene Gonzalez to temporarily return to Cuba to visit an ailing brother. The judge may as well have suspended the remaining time on Gonzalez’ probation and thrown a going away party for him because once he gets out of the U.S. and into Cuba, he ain’t never coming back.

(AP) – A federal judge in Miami has granted a convicted Cuban spy’s request to return home temporarily to visit a brother suffering from lung cancer.

According to Monday’s order, Rene Gonzalez must return from Cuba within two weeks of his departure. Gonzalez is on probation after his release from federal prison last fall.

The Justice Department argued against the request, arguing in a court filing last week that Gonzalez could get new spying instructions if he met with Cuban intelligence officials.

Gonzalez is one of the so-called “Cuban Five” convicted of spying on Cuban exiles in South Florida and attempting to infiltrate military installations and political campaigns. One of the five also was convicted of murder conspiracy for the 1996 shooting down of “Brothers to the Rescue” planes.