Dignitaries Appeal to the Pope

From the Latin American and Caribbean Network for Democracy:

“You are not victims,” Pope John Paul II told Cuba’s people during his 1998 pilgrimage. “You are and must be the principal agents of your own personal and national history.”

Cuba’s government should refrain from harassing dissidents during Pope Benedict XVI’s forthcoming visit to the island and should take advantage of the visit to create space for dialogue, says prominent group, comprising of a Nobel Peace Prize winner, three former Latin American Presidents, the Czech Foreign Minister, a prominent member of Jordan’s royal family, a former Canadian Prime Minister, and a roster of leading dissidents, parliamentarians and rights activists.

The occasion of Pope Benedict XVI’s visit to Cuba provides a vital opportunity to highlight the denial of freedom, democracy and basic human rights to the island’s people, according to a transatlantic consortium of pro-democracy and civil society groups, including Forum 2000,UN Watch, People in Need, and the World Movement for Democracy, which secured the signatories’ endorsement of the following statement:

The world was reminded of the human cost of denial of fundamental freedoms in Cuba by the recent tragic deaths of imprisoned dissident Wilman Villar Mendoza, following a hunger strike, and Laura Inés Pollán Toledo, leader of the internationally-renowned Ladies in White.

Over the past year, we also witnessed the deaths of human rights activists Orlando Zapata Tamayo, following a hunger strike protesting his unjust imprisonment for his ideas, and Juan Wilfredo Soto Garcia, who died as a result of a brutal beating by security forces.

The fate of these nonviolent democracy advocates reiterates the moral imperative to demand freedom and justice for Cuba’s people.

We urge Cuba’s government to use the occasion of His Holiness Pope Benedict XVI’s forthcoming visit to restrain the government’s security forces and quasi-civilian proxies from harassing dissidents. Such a gesture would help create a space for reflection and dialog that will allow Cuba’s people to transcend intolerance and animosity through the recovery of civil liberties and the development of a full and vibrant democracy, without any further loss of human life.

“You are not victims,” Pope John Paul II told Cuba’s people during his visit in 1998. “You are and must be the principal agents of your own personal and national history.”

It is time for repression to cease so that Cubans can exercise their freedoms in pursuit of that vision. 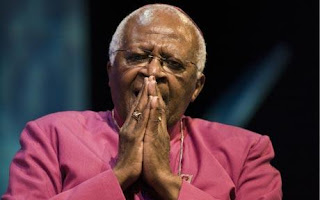