“Cuba is a police state. Government agents spy on and harass anyone advocating for human rights. They beat and imprison anyone seeking peaceful political change.” -Oscar Elías Biscet, March 20, 2012 in the Wall Street Journal 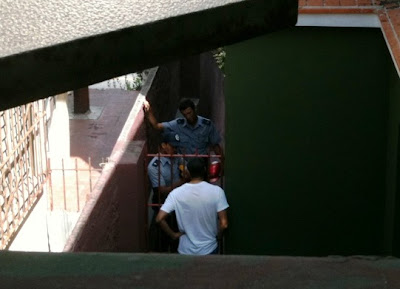 Two days after the Wall Street Journal published his essay on the Pope’s upcoming visit to Cuba, Dr. Oscar Elías Biscet is paid a visit today at his home in Havana. Elsa Morejon tweeting at 11:50am March 22, 2012 from Cuba: “Police are in my house; bring summons for Oscar.” Moments later the above photo appears of Oscar Elias Biscet with two political police at his home followed by a photo of the “official summons” for tomorrow March 23, 2012 at 9:00am below.

Amnesty International in their March 22, 2012 report said that the human rights “situation has further deteriorated with a steady increase in the number of arbitrary detentions.” However the same report cites that this repression is constantly being challenged generating thousands of detentions. The power of twitter and the internet to break down the wall of censorship erected by the totalitarian regime in Cuba is one of the tools in evidence here that also provides proof that resistance is underway in Cuba. In breaking the silence and also offering images along with text opposition activists such as Dr. Oscar Elías Biscet and his wife Elsa Morejon find a measure of protection in the scrutiny visited on agents of the communist totalitarian regime in Cuba. 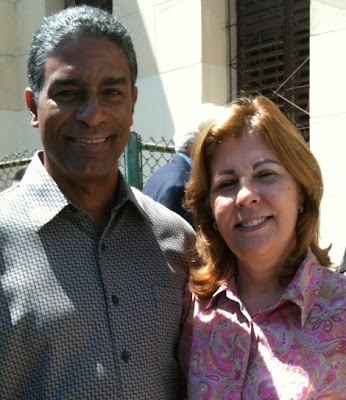