Ever since I was old enough to understand I was born in a country that was not my home, I began to understand the paradox that is Cuba. She is well known for her sparkling beaches, conga music, and warm engaging people, yet for the past fifty years this so called paradise has been held in the suffocating grip of a totalitarian regime that has depleted her of dignity and hope. The tragic irony is that this beautiful island which is a vacation destination for so many sun seeking tourists throughout the world, has become a chilling prison for her people who are starved of basic necessities and terrorized by a government that values the preservation of power and ideology, and the accumulation of wealth for top officials above the lives of its own citizens.

Most Cubans struggle daily with this twisted reality even if they dare not speak of it, for speaking the truth, especially when it doesn’t coincide with the state’s perspective, is an extremely dangerous proposition. Those who do not demonstrate unwavering support for the government and all of its ventures no matter how ill conceived, live in peril. And those individuals like Dr. Oscar Biscet, who dare to speak out against the corruption they see are declared enemies of the state.

Dr. Biscet, an internal medicine physician, was first targeted by the government when he published a paper to denounce the Cuban practice of late term abortions which resulted in the systematic killing of living infants. Immediately afterward, the state revoked his medical license, and he was kicked out of his home. A great admirer of Dr. Martin Luther King Jr., he conducted meetings to teach the principles of peaceful civil disobedience, but the government was further incensed and attempted to silence Dr. Biscet by denigrating him as a spy and a mercenary, beating him, harassing his family, and finally condemning him to twenty five years in prison under the most inhumane conditions imaginable. He was released after eleven years, and remains closely monitored by government agents, yet this hasn’t stopped him from founding the Lawton Foundation which, among other things, calls for the country’s adoption of the International Declaration of Human Rights, which the Cuban government rejects.

Dr. Biscet’s vision for peaceful change has been partially realized in the Ladies in White. Initially responding to the unjust imprisonment of their husbands, sons and brothers during the Black Spring crackdown of 2003, the Ladies in White are not motivated by politics, ideology or power, but by love and their desperate desire to bring dignity and peace to their homeland. Every Sunday they dress in white and carry a flower (symbols of their pure intention) and walk the streets of Havana in silence.

At first, the government took little notice of the Ladies in White. After all, what can a paltry gathering of a few women dressed in white possibly accomplish? How can they threaten a regime that has duped the world with clever propaganda and ruled its own people with an iron fist for over fifty years? But they underestimated the tenacity of women fueled by unyielding love for family and country. And when the world began to take notice, the state took swift action. Brigades of government agents dressed in civilian clothes were mobilized. These brigades serve the dual purpose of suppressing dissident activity while making it appear as though ordinary citizens have spontaneously risen up to battle opposition. They are licensed by the government to take extreme measures, and the Ladies have been subject to verbal insults, public and private beatings, imprisonment, interrogations, the defacement of their homes and many other cruelties. But they continue to march and their peaceful message continues to inspire. Now, many more march with them and not just in Havana, but in other cities throughout the island as well.

Change is extremely difficult to accomplish by people who have been smothered by fear. All media is controlled by the state, and the internet, which is heavily censored, is regularly available only to a privileged few. Those Cubans who live in quiet desperation, those who dare to speak out, and those who languish away in barbarous prisons yearn for support from the outside world. But they have been cut off from the world, and must sustain themselves by trusting that their truth, like a tenuous vine growing deep underground, will find a way to reach the light of day and flourish.

This month, the Nobel Committee will gather for their first assessment of over 200 candidates proposed for this year’s Nobel Peace Prize. Dr. Oscar Biscet and the Ladies in White have been nominated by thirty prominent members of the US congress. Two other courageous Cubans of distinction who have been fighting for freedom, Yoani Sanchez and Oswaldo Paya have also been nominated. If any of these fine men and women should be deemed worthy of placement on the short list from which this year’s winner will be selected, it will be a significant step toward lifting the cover of darkness and deception that has plagued Cuba for so long. Not even the most staid and entrenched government can suppress the inspiration such acknowledgement brings, and Cuba’s oppressed people deserve to be lifted up to the world’s attention.

After a half century of tyranny could it be that change in Cuba will be achieved not by armies, embargos, politicians or dictators but by a physician’s concern for his patients, a mother’s love for her son, a wife’s devotion to her husband, a sister’s fierce loyalty to her brother? Perhaps this vast well of familiar and universal passion has been the underlying force behind all great movements toward goodness and just societies since the beginning of human history.

Cuba may not be a country of great strategic importance. Her military isn’t a threat to the free world, and she doesn’t harbor vast reserves of natural or economic resources. Still, her people are no less desperate for change, and no less deserving. I hope and pray that, with the support of the international community, my beloved homeland will soon join the family of free and evolving nations that honors and defends the dignity and worth of their people above all else. 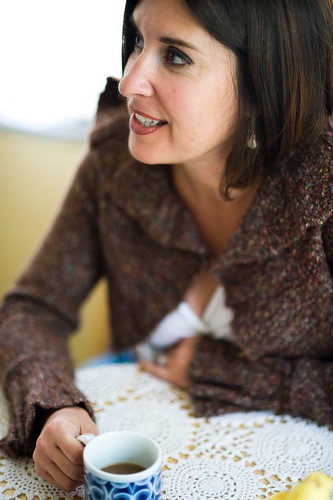