Another Cuban who failed to see the wonderfulness of Cuba’s “reforms” and appreciate the magnanimity of dictator Raul Castro. 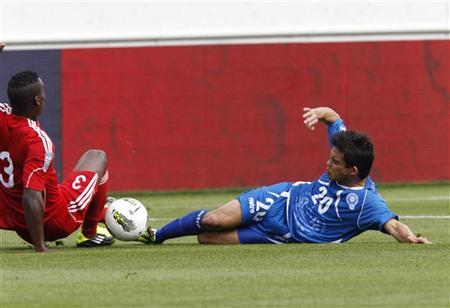 (Reuters) – A Cuban national soccer player who disappeared from his team while in Nashville, Tennessee, for an Olympic qualifying tournament has defected and is seeking asylum in the United States, his attorney said on Tuesday.

Yosmel de Armas was in Nashville for the soccer tournament in late March when he disappeared. He played in a March 24 game, but was absent from the team’s next game on March 26.

When asked about the absent player at the time, the coach said De Armas was sick and had stayed in the team hotel when the rest of the team went to play that game. But he was not with the team when it departed Nashville the next day.

Miami-based attorney Alex Solomiany said De Armas not only was not in the hotel at game time, he was en route to Miami, arriving either March 26 or March 27, after taking a bus from Nashville.

Solomiany said the soccer player contacted him Tuesday, on the recommendation of others in the Cuban community.

“I’m representing him pro bono,” he said, adding that when De Armas slipped away from the team hotel in Nashville, all he had were “the clothes on his back.”

“We’re preparing an asylum application to file with the Department of Homeland Security,” Solomiany said, adding that he hoped to file the application within two or three days.

He described De Armas as “nervous. He’s alone here.” He has friends but no family in Miami.