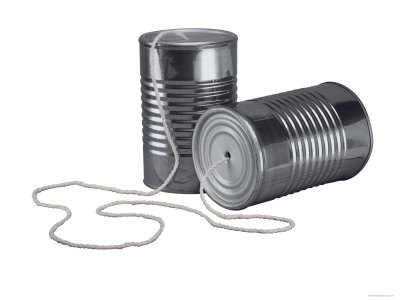 The Cuban dictatorship released figures boasting that 2.6 million Cubans are now “online.” The problem is what the Castro regime considers online: It is not a connection the internet, but to the regime’s intranet, which is as about as useful as two soup cans with a string attached to each one.

HAVANA, June 14 (Reuters) – The number of Cubans linked to the country’s state-controlled intranet jumped more than 40 percent in 2011 compared to the previous year and mobile phone use rose 30 percent, the government reported, even as Cuba’s population remained largely cut off from unfettered access to the Internet.

Communist-run Cuban monopolizes communications in the state-controlled economy. There is no broadband Internet in Cuba and the relatively few Internet users suffer through agonizingly long waits to open an email, let alone view a photo or video, which also hampers government and business operations.

The National Statistics Office said the number of “Internet users reached 2.6 million last year, up from 1.8 million in 2010, although almost all were likely on the local intranet through government-run computer clubs, schools and offices.

Cuba reports intranet use as Internet use even though access to the Internet is banned without government permission.