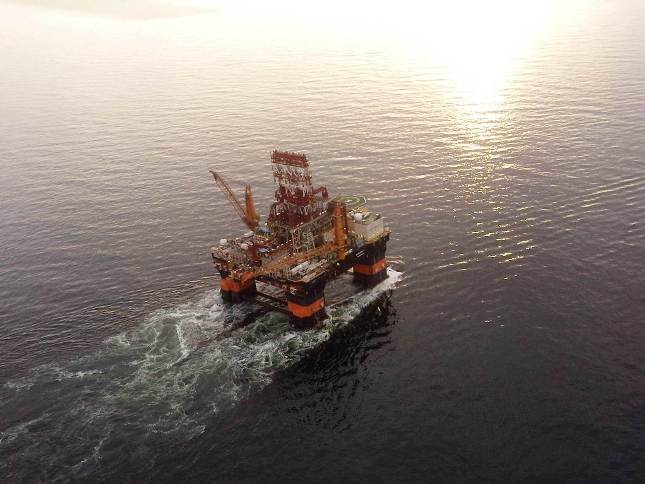 The latest saga of the “Castro dictatorship’s drill, baby, drill lobby here in the U.S. has come to a sad end. After promising that there’s oil in dem der Cuban waters, and burning through only God knows how much of the Castro dictatorship’s cash lobbying in Washington to lift the embargo, the Cuban regime’s American defenders, lobbyists, and representatives have been dealt yet another blow.

Say goodbye to Scarabeo-9 as it sails off into the sunset:

HAVANA — The only rig in existence that can drill in deep waters off Cuba is preparing to sail away from the island, officials said Tuesday, after the third exploratory well sunk this year proved nonviable in a blow to government hopes of an oil bonanza.

While production was always years off even in the event of a big discovery, analysts said the Scarabeo-9’s imminent departure means Havana’s dreams of injecting petrodollars into a struggling economy will be on hold indefinitely.

“Bottom line: This chapter is finished. Close the book, put it on the shelf,” said Jorge Pinon, a Latin America oil expert at the University of Texas’ Center for International Energy and Environmental Policy. “But do not discard. Maybe there is a good ending to this story … someday.”