We never get enough of these…

Our American Dream: West Point’s First Cuban Refugee Grad, a Life of Science and Beyond 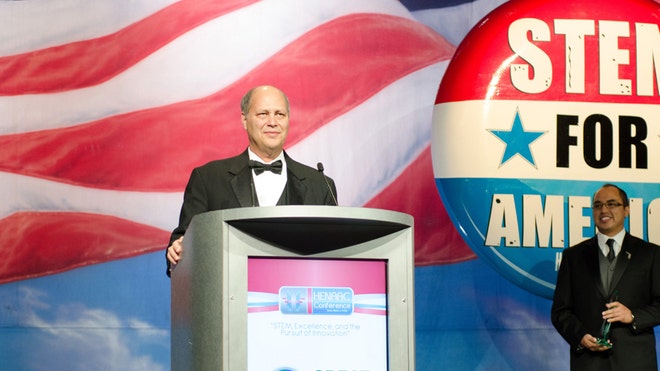 In the way that one thing leads to another so that, looking back, “another” seems inevitable, Manuel Gonzales found himself standing at a podium in Orlando, Florida, last month, accepting a Lifetime Achievement Award from the Great Minds in STEM [Science, Technology, Engineering, Mathematics] Organization.

Sure, years later, with a backward glance or two, anyone could connect the dots and see them leading to that podium, to that award. But who could have imagined it, back in 1961, when the sole imperative was to get out of Castro’s Cuba and to get out fast.

Manuel Gonzalez – “Manny” now to his family and friends and colleagues – was just a boy then, just nine years old, young enough that, when the Cuban revolutionary G2 guards took him and his parents into custody at the airport, he thought it was all part of the normal departure rigmarole.

The three of them were taken to another building, where they were isolated and searched. Only confusion, in the person of Che Guevara, spared them.

Guevara’s plane had just landed, and the guards hastened off to see their Marxist hero, leaving just a secretary in charge.

Manny’s father told her they were done, retrieved the family’s documents and hustled his wife and son onto a waiting Pan American plane. The G2 pursued them, of course, halted the taxi-ing plane and demanded they be handed over. But the Pan Am pilot prevailed, telling the soldiers they’d have the U.S. government to deal with.

“This plane is American property,” Manny remembers him saying.

“My dad had fought against the Castro regime,” Gonzalez says, in a telephone interview from Houston, where he now lives. “He knew Castro was a Communist before Castro took over Cuba, so he knew what was coming. He was involved with the underground to help the [Bay of Pigs] invasion succeed. I think they cut the line of communications and that sort of thing. He did not talk about it much. I do know that once the invasion failed, he had to get us out of the country.”

The family settled in Miami. Manny’s father, also named Manuel, had been a military man and a police officer in Cuba, but, like so many newly arrived refugees, he accepted the work he could get: in a gas station and, later, as a watchman for Sunniland Shopping Center.

The family lived in Miami’s Little Havana, where young Manny resolved to follow his father’s footsteps into the military.

That would be one of the dots to connect.