We cannot forget Sonia Garro, the Lady in White who was arrested along with her husband in March by Cuban State Security and to this day remains imprisoned by the regime without charges. Her young daughter Elaine has not seen her mother or father since then.

Sonia Garro and the cost of Castro’s repression

Amnesty International reported on July 18, 2012 that “Lady in White Sonia Garro Alfonso, and her husband, Ramón Alejandro Muñoz González, were arrested at their home in Havana [on March 18, 2012]: around 50 police forced their way into the house and fired rubber bullets at them. According to her sister, Sonia Garro Alfonso was wounded in the foot by one of these bullets.” In the same document it is revealed that “Sonia Garro Alfonso was suffering a kidney problem before her arrest that may require surgery. “

Elaine Muñoz Garro (pictured below) is the daughter of Sonia Garro Alfonso and Ramón Alejandro Muñoz. Sonia Garro is a member of the Ladies in White, a Cuban pro-democracy movement.

She and her husband were arrested on March 18th, 2012, in the roundup of peaceful dissidents by the Castro regime prior to the visit of Pope Benedict XVI to Cuba. They remain in prison, without charges or sentencing.

Elaine has now been eight months without both her parents. 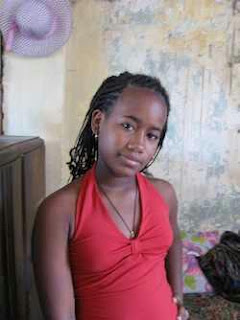