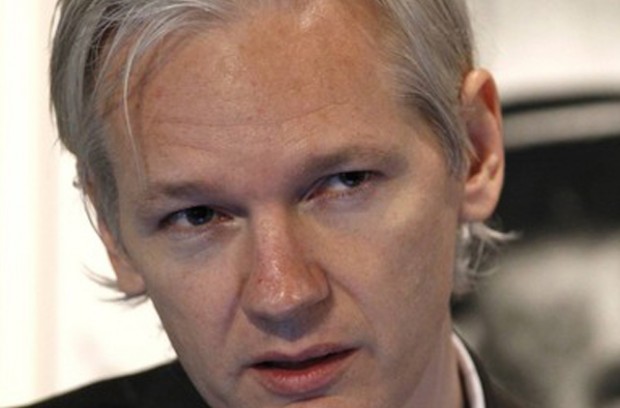 Julian Assange, WikiLeaks founder and self-proclaimed champion of free speech, apparently is not very free to speak about Ecuador. Since that country and its dictator Rafael Correa is offering him asylum, Assange suddenly finds himself tongue tied when it comes to discussing Correa’s all out assault on press freedoms in Ecuador.

It is an amazing and equally disturbing thing to watch. But unfortunately, all too common an occurrence when it comes to individuals like Assange and their lascivious love affairs with leftist dictatorships.

Erin Burnett Grills Julian Assange: ‘Why Will You Not Talk About Ecuador?’ (VIDEO)

Erin Burnett engaged in a heated argument with WikiLeaks founder Julian Assange on Thursday, when she grilled him over reports that he is ill and human rights issues in Ecuador.

Assange has been granted asylum by Ecuador and is currently seeking refuge in London at the Ecuador embassy. It was recently reported that he is suffering from a lung infection. On Wednesday, Burnett interviewed him about his new book and asked him if the reports were true (starts at 7:00 mark in the clip above).

“Julian Assange is not very important,” he responded, before attempting to shift the conversation back to the book. When she pressed him to answer the question, he said, “I don’t think it’s important.”

She moved on to another issue: human rights in Ecuador, the country that has granted him asylum. “When you talk about governments clamping down on people’s right to speak, Ecuador is an unlikely champion of your call for free speech,” Burnett said.

He attempted to interject, but she insisted, “Let me finish here for my viewers.”

“All governments have their problems,” Assange said. “I’m not here to talk about these little things about Ecuador or whatever. Come on, let’s be realistic.”

“Suppressing journalists is not a little thing for someone who says their job is to put out information that the government tries to suppress,” Burnett shot back. She brought up attempts to stifle free press in Ecuador.

The two engaged in heated cross-talk. “Why will you not talk about Ecuador?” Burnett asked.

“Because Ecuador is insignificant!” he said, referring to his earlier discussion about allegations of mass surveillance by the U.S. “Its people have been generous to me et cetera, but it’s not a significant world player.”