Those who are not too familiar with the situation in Cuba and U.S. policy towards the island’s dictatorship may very well view the obsession of “Cuba Experts” with American tourism to Cuba as innocuous. From the outside, it could appear as simple advocacy for the American right to travel. However, nothing is simple or what it seems on the surface when it comes to Castro’s Cuba and their “Cuba Experts” here in the U.S. They both have a hidden agenda. The truth is that tourism is a cash cow for the regime. It helps fund the Cuban dictatorship’s repressive machine and has provided the Castro family with billions of dollars safely hidden away in Swiss bank accounts.

Every tourist that enters Cuba, regardless of where they came from, is providing financial aid to an oppressive dictatorship. Every dollar or Euro spent in a state-owned store, hotel, resort, or tour company goes straight to the Cuban military. Even the “casa propias” and “paladares,” privately owned hotels and restaurants, must pay exorbitant fees and taxes to the military government for the privilege to operate. No matter where you stay, eat, or visit in Cuba, one way or another, the Castro family is getting their cut of your tourist dollars.

This reality of tourism in Cuba is a major detail that the news media ignores and the Castro regime handsomely pays “Cuba Experts” in the U.S. to obfuscate.

More on the importance of tourism to the Castro dictatorship in Cuba at Capitol Hill Cubans:

How Important is Tourism to the Castros?

It’s so important, that they have:Prostituted two generations of young Cuban women (and men) — in order to satisfy the sexual whims of foreigners.

Institutionalized a system of tourism apartheid, relegating Cubans to second-class citizens — in order to “cleanse” the ambiance.

Focused their family’s business empire (GAESA, Inc.) on the travel sector, with Raul’s son-in-law at the helm — in order to pocket the profits.

And now, exposed the Cuban people to a deadly disease — in order to ensure that the profits keep coming.

(Not to mention imprisoned independent journalist Calixto Martinez Arias — to punish him for exposing the regime’s cover-up.)

From The Miami Herald:

Cuban dissident Walter Clavel says that when he took his 2-year-old son to a hospital Wednesday with a case of diarrhea, the boy was tested for a sometimes fatal disease that the government is stubbornly refusing to acknowledge – cholera.

Nurses told him the test was negative, and the boy was not quarantined in the three wards reserved for cholera patients at the North Pediatric Hospital in eastern city of Santiago de Cuba, Clavel said.

Cuba, especially the eastern third of the island, is suffering an alarming outbreak of cholera, brewed in its decrepit water and sewer systems and fueled by Hurricane Sandy’s floods, according to residents.

More than a dozen deaths have been reliably reported. Hospitals and prisons have been quarantined at times. Schools have been shut down, and so have restaurants and street kiosks selling juices and others products made with water.

Government buildings have established hand and shoe disinfecting stands at their entrances. Some public health officials have gone door to door asking if anyone is suffering from diarrhea, vomiting or fevers, and others distributed water purification tablets.

Cuba’s government has said nothing publicly about cholera since Aug. 28, when it announced that an outbreak in the eastern city of Manzanillo – the first in a century – had ended after 417 confirmed cases, three fatal.

Police stationed at hospitals are telling visitors to keep quiet about the cholera and other diseases, Clavel said – apparently to avoid upsetting the Caribbean island’s $2.5 billion-a-year tourism industry.

“We have to question whether the Cuban government today prioritizes their need for tourism… more than local public health demands,” wrote Sherri Porcelain, a public health expert at the University of Miami and researcher at its Institute for Cuban and Cuban American Studies. 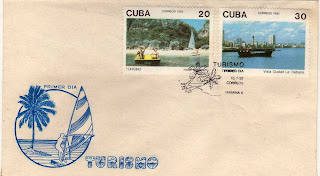