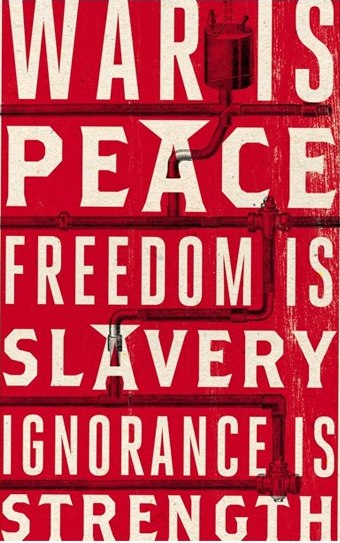 If liberty means anything at all, it means the right to tell people what they do not want to hear. – George Orwell

In July of 2004 Monsignor Agustin Roman wrote about the necessity of rescuing, a word that he described as beautiful, but that had been twisted by the dictatorship in Cuba stating:

“It’s good that to start this effort, the true meaning of the word dialogue be rescued. We have all witnessed the misrepresentation of this beautiful word, thanks to the manipulations of the dictatorship that has wanted to use it for its own purposes, and also thanks to some complying with the Castro lexicon, perhaps without noticing where the misrepresentation comes from, seem content to have them steal the dictionary, the same ones who previously stole our homeland.”

The word dialogue has a long history and to have arisen in the West with Plato and the Greeks over 2,400 years ago. The root meaning of the word dialogue is formed by two words dia and logos which literally means  ‘two way flow/exchange’ of meaning. Dialogue by definition can be applied to literature, drama, music, philosophy and for the focus of this essay in an exchange of ideas and opinions or in a purely political context: “a discussion between representatives of parties to a conflict that is aimed at resolution.”

Unfortunately, in our modern era where words often lose their meaning or are twisted to suit particular agendas it appears that the word dialogue has become another victim of Orwellian Newspeak.

In this case “Dialogue is Normalization” that is when two parties meet in order to supposedly represent two parties in a conflict representing their position and interests but in reality one of the parties has invited who will represent their counterparts in the dialogue. This is done in order to promote their particular agenda which often in the case of those in power means normalizing and making permanent injustices committed while legitimizing systematic human rights violations.