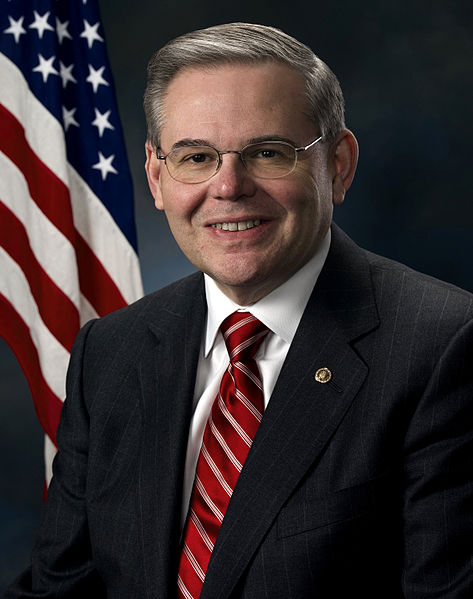 In what is certainly not good news for the Castro dictatorship, it appears that Cuban American Senator Bob Menendez (D-NJ) is likely to take over the leadership of the Senate Foreign Relations Committee if and when Sen. John Kerry leaves to become the next Secretary of State.

Sen. John Kerry’s (D-Mass.) anticipated move to the State Department would leave the Senate Foreign Relations Committee in the hands of Sen. Robert Menendez (D-N.J.), who has consistently bucked the White House on Cuba and Iran.

Menendez is next in line to take over the panel if Sen. Barbara Boxer (D-Calif.) opts to keep her chairmanship of the Senate Environment and Public Works Committee, as is widely expected. That would give Menendez a key role in approving diplomatic nominees and international treaties — crucial leverage to demand a tougher stance against America’s foes.

“You can’t work around the chairman of the Senate Foreign Relations Committee when he’s willing to dig in his heels on important issues,” said Roger Noriega, a former assistant secretary of State for Western Hemisphere Affairs under President George W. Bush who’s enthused by Menendez’s possible promotion. “At the same time, he’s going to be expected to be a team player — but that has its limits.

“I think he’ll give folks in the administration something to think about before they cross him, frankly.”

The son of Cuban immigrants who left the island before the communist revolution, Menendez has joined other Cuban-American lawmakers in trying to block President Obama’s overtures to the Castro regime. Freshly minted as the head of the Democratic Senatorial Campaign Committee in the spring of 2009, he blocked the president’s nominees to head the National Oceanic and Atmospheric Administration and the White House Office of Science and Technology and threatened to vote against a $410 billion spending bill to avoid a government shutdown.

Provisions allowing Cuban-Americans to visit relatives once a year and ending limits on the sale of food and medicines to the island, he said on the Senate floor at the time, put “the omnibus appropriations package in jeopardy, in spite of all the other tremendously important funding that this bill would provide.”

Menendez was able to extract a promise from the administration to narrowly interpret the Cuba language. He’s kept up his criticism since then, decrying an “obvious double standard” for Cuba when compared to U.S. condemnation of the Soviet gulag during a recent Senate hearing and accusing the State Department of giving a “totalitarian regime … a platform from which to espouse its twisted rhetoric” by providing a visa to Fidel Castro’s niece, Mariela.