As they say, the nut does not fall far from the tree… 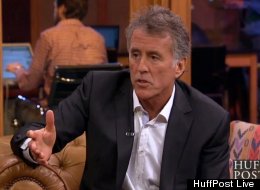 Christopher Kennedy Lawford, the nephew of the late former President John F. Kennedy, on Thursday described an encounter he had with Cuban dictator Fidel Castro in 2001 as “amazing.”

Speaking with HuffPost Live host Jacob Soboroff, Lawford described the time that year when he sat next to Castro at a screening of the 2000 docudrama “Thirteen Days”, which documents the Kennedy administration’s handling of the Cuban Missile Crisis of 1962.

In 2005, Lawford told CNN’s Larry King that Castro got up at the end of the film and said it was “great,” but that it had ignored Cuba’s perspective on the situation.

This isn’t the first time Lawford has mentioned his feelings about his meeting with Castro. As The New York Times previously noted, Lawford “proudly describes” watching the film with Castro in his memoir “Symptoms of Withdrawal: A Memoir of Snapshots and Redemption.