A postcard from our friends at Guamá: 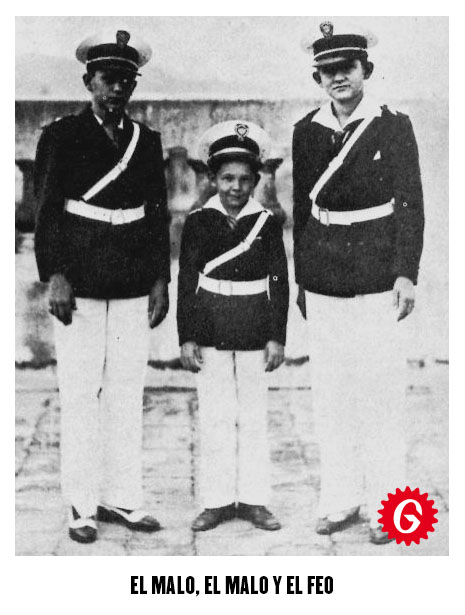 The bad, the bad, and the ugly: The three Castro brothers in a photo taken in 1939 at the Jesuit Dolores School in Santiago de Cuba.