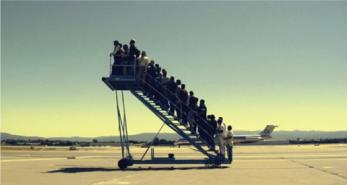 The Cuba news feed this morning was overflowing with reports on the supposed migratory reforms of the Castro dictatorship that went into effect yesterday on the island. For the most part, journalists are treating this event as a watershed moment in Cuba’s 50+ year history of tyranny. This in spite of the fact the Castro regime still completely controls who can and cannot leave Cuba and there are no real indications the “reforms” will reform much of anything. Nevertheless, the media does not need much prodding when it comes to touting the magnanimity of Raul Castro’s dictatorship, and this questionable story is as good as any other questionable story on the Cuban dictatorship as an excuse to throw a party.

However, the proof, as they say, will be in the pudding.

Via the Wall Street Journal:

Cuba on Monday took a small, but symbolic step in the direction of freedom: It began allowing Cubans to apply for passports, saying they would no longer need to seek permission from the Communist government to leave the island.

Hundreds of Cubans lined up at immigration offices across the country to file the paperwork, including prominent dissidents whose travel had been barred by the government for years.

For decades, so-called exit-visa requirement, a much-loathed practice in Cuba, forced citizens to obtain the government’s approval for any trip abroad. Critics said it was a tool to minimize interaction with the non-Communist world and stifle dissent by ensuring critics were denied perks like travel.

Former President Fidel Castro’s government long defended the policy by saying it had to protect Cuba from plots hatched abroad to try to undermine the government. But in November, his brother and successor, President Raúl Castro, said he would end the requirement starting on Monday, the latest in a set of incremental reforms meant to modernize the island.

Juan Tamayo in the Bradenton Herald:

Two prominent government opponents – blogger Yoani Sanchez and dissident Guillermo Fariñas – say they were told that they would receive passports to travel.

Cubans lined up at passport agencies, photocopying machines and some embassies Monday on the first day of a migration reform that promises to allow them to make more personal trips abroad after almost exactly 54 years of bitterly hated restrictions.

In a hint of the possibly profound impact of the changes, Havana blogger Yoani Sanchez and dissident Guillermo Fariñas, who together have been denied permission to travel abroad more than 24 times, said authorities told them they will be allowed to leave and return.

“I still don’t believe it,” Sánchez, who stood in line since late Sunday outside the passport office in her neighborhood, noted in a tweet Monday. An office employee told her she would get a new passport in 15 days, Sanchez added, because her current passport is too full of visas she was never allowed to use. “I swing between hope and skepticism.”