Cuba is already inundated with Ugly Spaniards and Ugly Canadians. And if the Obama administration continues with its policy of appeasement vis a vis the Cuban dictatorship, soon the island will be invaded by the Ugly Americans.

The Ugly Spaniards and Canadians

Here’s a tragic example — from this week — of how Spain and Canada’s business interests with the Castro dictatorship dominate those nation’s policies towards Cuba.

Of course, this is what many advocates of unconditionally lifting sanctions and normalizing relations with the Castro dictatorship would like for the U.S. to do as well.

Once freedom becomes secondary to profit, there’s no turning back.

According to information obtained by El Confidencial Digital, [Spain’s Ministry of Foreign Affairs] headed by Jose Manuel Garcia-Margallo has, after months of talks between Madrid and Havana, made it a priority of maintaining the better harmony they have achieved with Cuba. For that reason, the order has been given to assume a more serene posture towards the island.

It has been confirmed that spokespersons for the Executive, directors of the ruling [Partido Popular], and the Spanish delegation in Brussels and Strasbourg have been told to halt their demands for an end to the Cuban dictatorship, as maintained in the past, since that would once again create tension with the Castro regime.

For that reason, petitions for democracy in Cuba, that were to be presented as resolutions in the European Parliament, have been canceled, along with events with representatives of the Cuban dissidence.

And an interview with Yves Engler, author of the new book “The Ugly Canadian” about Prime Minister Stephen Harper’s foreign policy:

HOST: It’s kind of ironic, actually, ’cause I’ve never heard reports—I may be wrong, but I’ve never heard of reports of Canada funding opposition groups in Cuba, where there’s such significant commercial interest of Canada, they don’t want to piss off the Cuban government. But in Venezuela, which they accuse Venezuela of being a sort of dictatorship the way Cuba is, they’re unabashedly supporting the opposition.

HOST: Now, has Harper changed anything about Canada’s policy towards Cuba? You would think if there was—if he was going to be, quote, ideologically consistent in some way, that they would be all over supporting the Cuban opposition. As I said—you say there’s been some; I take your point, but not much. In fact, Harper seems to not have changed the traditional, relatively friendly attitude towards Cuba.

ENGLER: Yes. That’s one that’s—you know, from an ideological perspective, you would definitely assume a more critical position of the Cuban government, and they haven’t. They’ve actually been quite—he seems very careful to basically continue status quo policy, which is: say very little about what’s going on in Cuba, while at the same time, obviously, Canadian companies are pretty significant players in Cuba.

And the Conservative government really hasn’t gone out of its way to, you know, criticize human rights violations or a lack of democracy or anything like that in Cuba, which is surprising. I think it’s partly reflective of the business interests in Cuba. It’s also partly reflective of the fact that, you know, 1 million—I think it’s almost 1 million Canadians that travel to Cuba every year. 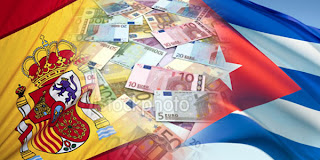 10 thoughts on “Perhaps coming soon to Cuba: The Ugly Americans”