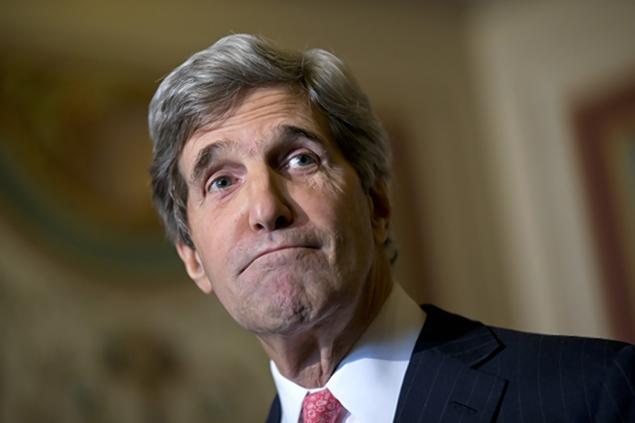 Yesterday, President Obama’s nominee for Secretary of State, Sen. John Kerry, appeared before his fellow senators as confirmation hearings for his appointment began. We have already posted Sen. Marco Rubio’s questioning of Kerry, and here we have more news on the hearings.

Sen. Jeff “Cuba flake” Flake was his usual jerk self making an insulting and callous joke that American spring breakers partying in Cuba would be too much for the Castro dictatorship to handle and would lead to the regime’s downfall. Flake’s asinine attempt at humor did not go unnoticed as Capitol Hill Cubans took the Fidel Castro sycophant to task:

During today’s confirmation hearing for U.S. Senator John Kerry (D-Mass.) as the next U.S. Secretary of State, newly elected U.S. Senator Jeff Flake (R-Ariz.) brought up his obsession for easing sanctions towards the Castro dictatorship.

He did so by joking that the Castro’s haven’t faced a challenge akin to dealing with “spring breakers.”

This is an insult to the hundreds of thousands of Cubans that have been tortured, jailed and executed by the Castro’s dictatorship.

It’s an insult to the million Cubans that have faced exile.

It’s an insult to the courageous women that face-down violence every week to try to attend religious services.

It’s an insult to the mothers, children and siblings of Cubans seeking to have their loved one’s released from political prisons.

It’s an insult to the families of those courageous pro-democracy leaders who have lost their lives struggling for the freedom of all Cubans.

It’s an insult to the 7,000 Cubans that were arrested last year for political reasons.

It’s an insult to the dignity of all Cubans.

Present at the hearing as well, Sen. Bob Menendez (D-NJ) also took issue with Flake’s offensive and imbecilic remark, schooling the junior senator from Arizona with the Fidel man-crush on the reality of Cuba:

Just this past Sunday, the Ladies in White, a group of women who dress in white and march every Sunday with a gladiolus to church, tried to come together to go to church this past Sunday. And the result of that — these are individuals who are the relatives of former or current political prisoners in Castro’s jails — the result is that more than 35 of the Women in White were intercepted, beaten with belts, threatened to death by agents aiming guns at them and temporarily arrested.

And then we have a United States citizen who all he tried to do is give access to the Internet to a small Jewish population in Havana and has been languishing in jail for nearly four years. That’s real torture.”

Finally, we have Sen. Bob Menendez once again with his must-see remarks yesterday on the topic of Cuba:

7 thoughts on “Update on Kerry confirmation hearings in the Senate”