Juan Williams proves that not all liberal Democrats are clueless regarding Cuba’s vile dictatorship.

Why the US should not re-establish ties with Cuba 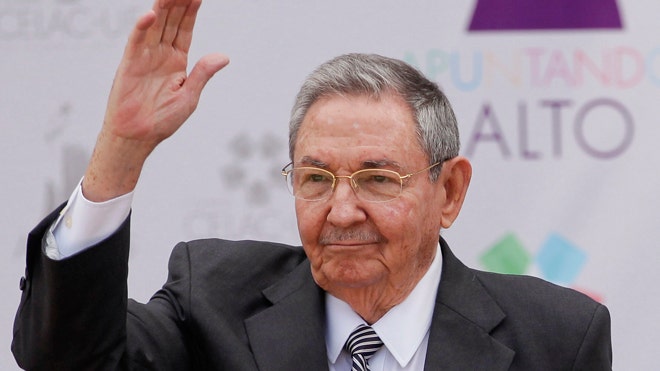 Get ready for the U.S. to make a big mistake on Cuba.

Sixty percent of Americans favor re-establishing ties with Cuba, in the last Gallup poll on the issue and that was four years ago. Meanwhile, more Americans are traveling to Cuba — erasing memories of Fidel Castro confiscating property and wealth while working with Russia to threaten the U.S. with missiles.

And now President Obama’s new Secretary of State is on the record calling for the U.S. to end cold war sanctions against Cuba’s communist regime.

John Kerry, the new boss at the State Department, has criticized the “power of the Cuban-American lobby” and

a half-century of hatred of Cuban Dictator Fidel Castro.

As a senator, Kerry voted against the 1996 Helms-Burton Act, which tightened trade restrictions on Cuba. Back in 2000, Kerry said: “We have a frozen, stalemated counterproductive policy [on Cuba]… There’s just a complete and total contradiction between the way we deal with China, the way we deal with Russia, the way we have been dealing with Cuba. … The only reason we don’t re-evaluate the policy is the politics of Florida.”

Secretary Kerry is not alone. Chuck Hagel, the president’s choice to become Secretary of Defense, has been an out-spoken critic of the 50-year-old U.S. trade embargo on Cuba and restrictions on travel to the Caribbean nation.

The former Nebraska senator has called on the U.S. to “engage” with Cuba just as we have with communist countries like Vietnam and China.

President Obama’s decision to elevate two such vocal advocates for rapprochement with Cuba has attracted little press attention. But it is just the latest in a string of signals that big changes are imminent.

For President Obama, a man looking to make history as part of his second term legacy, that policy makes Cuba a tempting target.

Several Latin countries are joining the chorus of calls for the U.S. to change its attitude toward Cuba. They are pushing the U.S. to allow Cuba to join regional economic groups. On January 28th, the Community of Latin American and Caribbean States [CELAC] even passed its rotating presidency to Cuba’s current leader, Raul Castro. CELAC’s charter mission is to promote democracy and human rights in the region and they are trusting Cuba’s dictators.

With so many signs pointing in one direction – resumption of U.S. ties to Cuba – it is time to call for a STOP sign.

For example, CELAC’s decision is tragically wrong given Cuba’s awful history on human rights and democracy. Cuba continues to jail political opponents and suppress free speech. That is a fact.

Independent observers can see it.