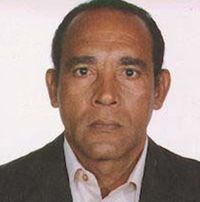 Former prisoner of conscience Pedro Arguelles Moran, an independent journalist who served eight years in prison after he was arrested during the “black spring” of 2003, was arrested Monday while trying to report a story, according to MartiNoticias.com.

In typical fashion for the Castro dictatorship, police arrested Arguelles as he investigated why a building collapsed in a slum of Ciego de Avila; interrogated him; mistreated him; and then tried force him to sign an official warning against him, which Arguelles refused.

The authorities then relented and released Arguelles later in the day.

The arrest was more ominious than most because Arguelles is technically on a type of revocable parole that gives the regime the power to return him to prison to complete the 12 years of his original 20-year sentence for whatever reason it can conjure.

Arguelles’ intransigence is no surprise, as he was one of the final dozen Group of 75 prisoners to be released because of their refusal to accept overseas exile as a condition of their release. Arguelles, who was left almost blind by his time on the Castro gulag, chose to stay in Cuba on his own terms, knowing there likely would be days like today when the dictatorship would make sure to remind him of where he is.