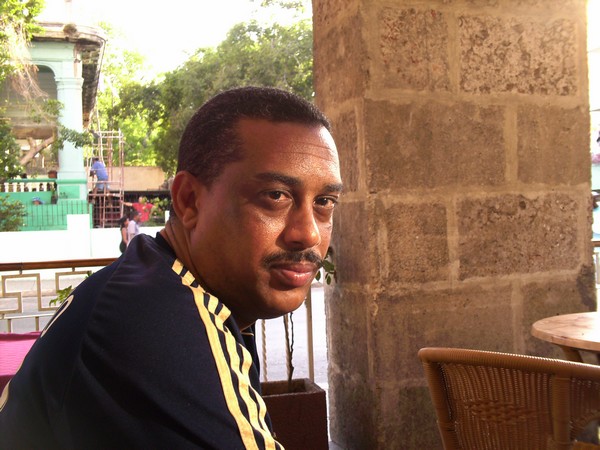 In recent days a very concerned neighbor approached me to warn me about an investigation by special services. “We have been watching him for some time,” the official told the neighbor. This is nothing new.

According to neighborhood sources Military Counterintelligence (CIM) has been looking for three years into any bit of information that might be useful in compiling a file or record on me. They are particularly interested in my private life.

In August of 2010 a unit of special troops from the Armed Forces arranged a meeting to question me for more than an hour. Among the threats made, they told me, “In other countries they don’t meet with you for writing an article; they kill you.”

I am a Havanan who writes about his perceptions of Cuban life, in particular of Havana, a province where I have lived since 1965, when I was born. There are various Cubas. Dissimilar realities. It would be presumptuous to think that one simple independent journalist could capture the complex and rich panorama of the entire island.

There are those who applaud and vote early in elections in which nothing is resolved. The ones who believe in the system. Opportunists who use their party membership card as a winding staircase up the superstructure of power.

Of course there are also male and female hookers. Transvestites and homosexual prostitutes. Mediocre teachers on the rise. Apathetic doctors who arrive at their clinics every morning motivated by “special patients” bearing gifts in hard currency or in kind.

People who go to work only because their jobs give them the chance to rob anything they can. From a light bulb to a kilogram of flour. There are also drugs to be found on the streets. Young people, fifteen to thirty years old, who comfort themselves with psychotropics and marijuana.

There are honest people too. One can, of course, find many respectable citizens. But my own personal reading of the situation is that the number of Cubans disenchanted with the government’s economic and political mismanagement is on the rise.

In any conversation – on the street, in your neighborhood or in an old taxi – you will hear people loudly complaining about the olive green autocrats. They will confess to you their desires to emigrate. They will tell you they are tired of fifty-four years of exotic and inconclusive tropical socialism, which fails to satisfy their expectations.

Cuba wounds or it consoles. It depends on how you look at it. Personally, I do not believe that free health care, education and cultural access justify the lack of democracy.

In many aspects of its public life, Cuba has become no different from other impoverished third-world countries. There is no organized crime or legions of beggars on the streets.

But there are formidable “cartels” or “clans” of corrupt bureaucrats who manipulate the supply and demand of the national economy from behind the scenes. More than a few have become rich – very rich – by profiting from scarcity.

They are like the wall in a handball court. This is the real enemy that General Raul Castro must confront in his battle against corruption. Curiously, the police raids do not extend to the upper echelons of power.

The bigwigs at the top of the state bureaucracy still run the cash registers, adding zeros the ends of their personal bank accounts. They are thinking about the future. Astute, they are opening a window to any business that might come from the north.

I do not believe that political dissidents and independent journalists are a serious problem for the regime. There are not many of us. And we are divided. Faced with attacks, incarceration and fear, the Cuban opposition has not been able to raise the level of discourse enough to reach the average Cuban.

We do not have publications and cannot avail ourselves of hours of hours of television and radio time in which to express our points of view. We do not have a solid leader capable of pulling us together. We are awaiting figures like Henrique Capriles.

In an autocracy it is difficult for people who dissent to develop and stand out. To be an opposition figure in Cuba seems like a job for a madman or an adventurer. But it is not. There are a handful of Cubans with a democratic frame of mind who want the rules of the game in their homeland to based on freedom, respect and tolerance.

And for the state to stop wielding power as though this were a puppet theater. I am neither on the right nor the left. I gave up on simplistic political dichotomies some time ago.

It is the Cuban government that is on the right of the political spectrum. It is the one that is the most conservative. The most counterrevolutionary. The real anti-democratic obstacle.

I am not a hero. Nor am I particularly special. I have many flaws. I am also fearful. But long ago I decided to place my hopes on individual liberty.

This makes me feel differently. Every morning when I am shaving in front of the mirror, it makes me feel good about myself. I do not have to pretend. Or lead a double life.

From Havana I write and sign my name to stories that describe my impressions of things that are happening in Cuba right now. I write about the losers. About the downtrodden. I do not invent them. They exist.

I try to portray the precarious lives of those whose testimonies do not appear in the complacent State media. Although I don’t always achieve it. I send a message back to the tough guys of the Military Counterintelligence. I will continue writing.

Photo taken by a New York reporter in 2009 at the entrance to the Hotel Colina in Havana’s Vedado neighborhood during a conversation with Ivan Garcia, Laritza Diversent and Luis Cino.