In Townhall, blogger John Hawkins lists the top 20 most embarrassing moments for the Democrat party. Coming in at #11 and joining such unforgettably dubious moments in Democrat party history such as FDR’s Japanese interment camps, Alger Hiss, and the racist segregationist George Wallace, we have John F. Kennedy’s cowardly last minute decision to abandon the forces he sent to fight, which led to the disastrous Bay of Pigs fiasco. 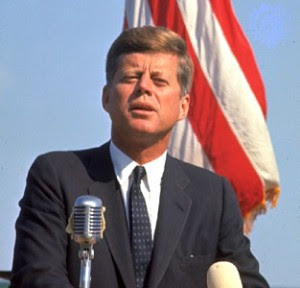 11) The Bay of Pigs (1961): After training a Cuban militia to overthrow Castro, Kennedy got cold feet and didn’t give the men all the air support they were promised. As a result, they were easily defeated by Castro’s men and today, Cuba is still ruled by a hostile, anti-American dictatorship.

Read the rest of the embarrassing moments HERE.