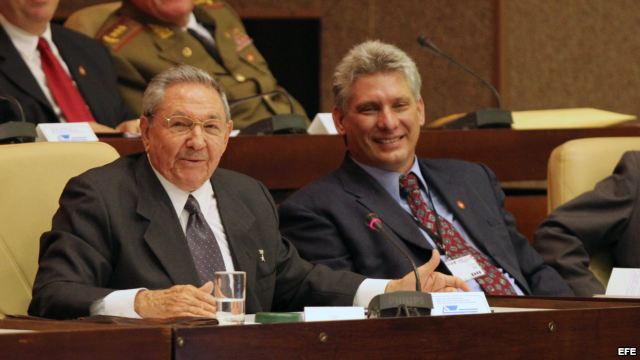 While we wait for the excitement over the announcements and cosmetic changes in Cuba’s dictatorship to run its course, we will be bombarded with all sorts of speculative scenarios based on ignorance and fantasy. The exuberance could last for weeks, months, or perhaps even years, depending on the level of ignorance or the imagination of some and their ability to resist reality.

One of the topics that will get plenty of attention are U.S. sanctions on the Castro dictatorship. Naturally, there will be plenty of people who believe that a cosmetic change in the Cuban dictatorship will certainly usher in the end of sanctions. They need to think again.

Juan Tamayo in the Miami Herald:

Helms-Burton law has a lot of requirements for normalizing U.S. relations with Havana

If Cuban ruler Raúl Castro keeps his promise to surrender power in 2018, will that allow Washington to begin lifting the U.S. embargo under the terms of the Helms Burton Act? Not likely.

Helms-Burton does indeed require both Fidel and Raul Castro to be out of power before the U.S. government can certify that a transition regime is in place in Cuba and resume full diplomatic relations broken since the early 1960s.

Raúl Castro announced Sunday that he will retire when his current five-year term as head of the ruling Council of State expires on Feb. 24 2018, when he will be 86 years old. Brother Fidel, now 86, surrendered power unofficially after emergency surgery in 2006 and officially in 2008.

But Helms-Burton, approved by the U.S. Congress in 1996 to turn into law what had previously been executive-branch decrees and regulations on Cuba sanctions, has plenty of other requirements for certifying a transition regime.

“The most important conditions in Helms-Burton are the legalization of opposition parties, independent media, the dismantling of the State Security apparatus and free and fair elections,” said Mauricio Claver-Carone, director of the pro-sanctions U.S. Cuba Democracy lobby. “And hopefully they can happen well before 2018.”

The key Helms Burton requirements are: Legalize all political activity; release all political prisoners and international inspections of Cuban prisons; abolish the Ministry of Interior, its State Security branch and the Committees for the Defense of the Revolution.

Also required is a commitment to holding free, fair and internationally supervised elections within 18 months after the transition government assumes power, with the participation of multiple political power and free access to the mass media.

Authorities also must show progress in effectively guaranteeing free speech and freedom of the press, “including granting permits to privately owned media and telecommunications companies to operate in Cuba,” according to the requirements.

Cuba must also permit the reinstatement of Cuban citizenship to Cuban-born persons returning to the island, guarantee the right to private property and take steps to return to U.S. citizens any properties seized by the Cuban Government since 1959 or provide compensation.

Finally, Helms Burton requires Cuba to return to the United States all of the wanted U.S. fugitives living on the island and permit “the deployment throughout Cuba of independent and unfettered international human rights monitors.