Yesterday, I had the honor of attending a six-minute moment of silence at Miami’s FIU campus in memory of the four Brothers to the Rescue pilots murdered by the Castro dictatorship. It was good to see that dozens of people found time to attend this mid-afternoon Monday event where everyone circled around a fountain and held hands in silence for six minutes in remembrance and honor of Armando Alejandre Jr., Carlos Costa,Mario de la Peña, and Pablo Morales; four slain heroes and martyrs. 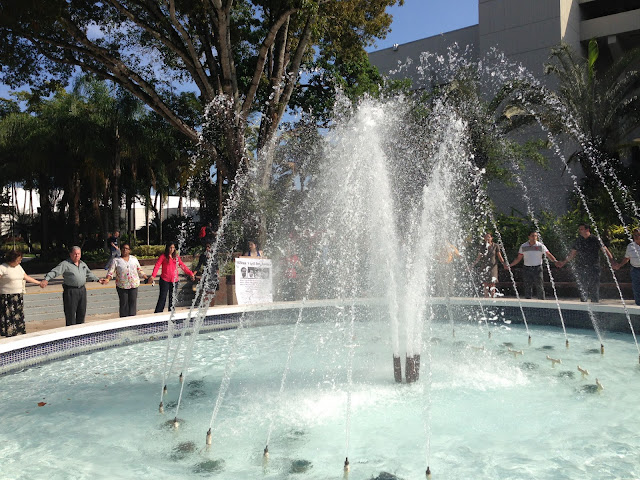 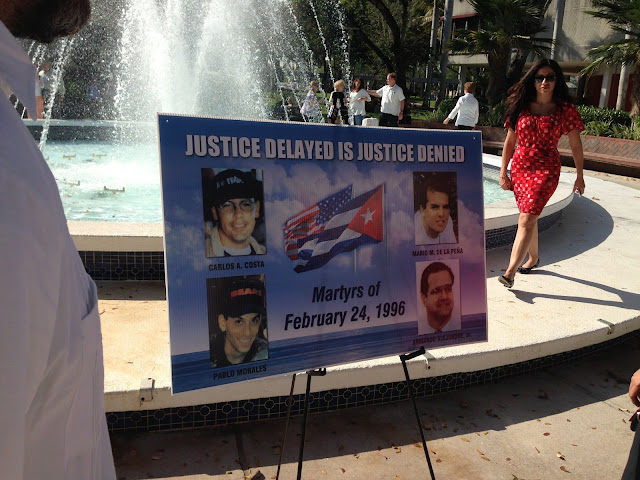 2 thoughts on “Silent Vigil for Justice: Remembering Brothers to the Rescue Martyrs”