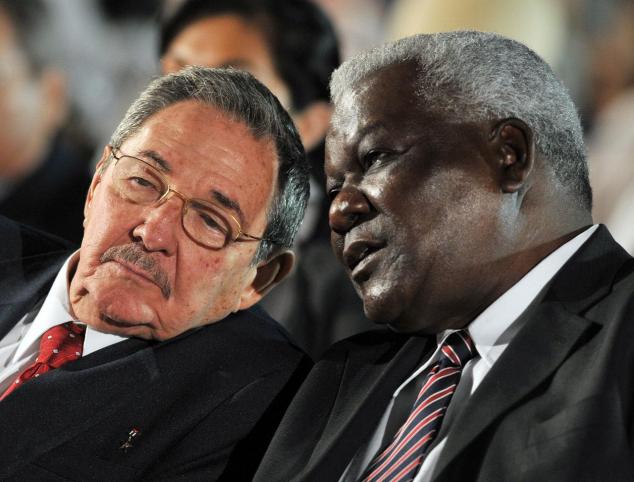 It is likely that the saga of a five decades old government in which the Castro brothers have played the leading roles is now on its last reel. Please, have a seat if you want to see how the movie ends.

Fidel Castro and his revolution arouse mixed emotions. To his followers, he is an icon of rebellion and the most prominent statesman of the 20th century.

His enemies are convinced he is the quintessential autocrat, a visionary caudillo who has destroyed Cuba’s economic and institutional infrastructure.

On the island the concept of modern democracy amounts to gibberish. In the 1970s Castro set up a people’s legislature that only appears to govern the country.

The People’s Power assemblies were first tried in Matanzas province. Later, in the 1980s, the concept began to be applied throughout the country. The regime in Havana considers it to be a truly democratic system.

It is made up of delegates from districts where neighbors choose them by raising their hands. These delegates form a municipal committee. Later a commission selects those representatives with the best revolutionary credentials to form the future National Assembly and their choice of these future parliamentarians is ratified in general elections.

These deputies elect the Council of State and president by secret ballot. In practice the People’s Power assemblies have proven to be ineffective at managing the problems of their communities.

Many people, however, see their representatives simply as spineless deputies who do not use the legislative assemblies to address the concerns of the average citizen. The nation’s parliament is a monotone chorus manipulated by the Castro brothers. All its laws and regulations are approved by unanimous vote.

But it is the government which decides what must be done. The deputies might tweak some language in a proposed law, but it is Raúl Castro who lays out the direction the country will follow.

Cuba has been governed by the Castro brothers for 54 years. Many feel that their administrations are as alike as two drops of water. I do not agree. While Fidel blatantly ignored rules and regulations and was considered to be above the law, Raúl has tried to create and atmosphere of respect for institutions and legality.

The first measures taken by Castro II were intended to clean house. He changed as much of the furniture as possible. The men loyal to his brother were forced into retirement or went down in disgrace. Raúl shut down corrupt and inefficient ministries. He lifted absurd prohibitions against the sale of houses and cars. He allowed Cubans to travel within their own country and to have cell phones. And he reformed Cuba’s rigid Cold-War-era emigration law.

He did not do these things out of some democratic instinct. If he had not made some efforts at modernization, the discontent and outrage would have become unmanageable.

The general was not lying when he said in his speech at the closing session of Cuba’s eighth National Assembly that he was not put in charge of the government to see socialism destroyed.

Keep in mind that this is a socialism made up of groups of military businessmen and cronies of the regime – one that controls a 90% chunk of key sector’s of the national economy.

In Cuba there is a formidable system of state capitalism combined socialist rhetoric. Although it has been dismantling a large proportion of government subsidies, it still guarantees free public health and education, both of which show a marked qualitative decline.

The mission for Castro II is to lead his brother Fidel’s revolution into safe harbor, to perpetuate his work. In an attempt to make tropical socialism irreversible, the current government has focused on a series of economic reforms that might allow it to cast the dead weight off the swollen state system.

The optimistic economic statistics do not, however, put food on Cubans’ dining tables. The big problem with Raúl’s timid economic reforms is their genesis. The laws governing private employment are too heavily geared to keep people from accumulating a lot of money.

An economic reform plan cannot be effective if it views those who generate wealth as criminals. The changes in Cuba are taking place slowly. They are being driven by a regime that is trying not to lose control of the social and economic situation.

The reforms are like a drop in the ocean. In the last five years some things have changed, but not as much as is wanted or needed. There are more personal freedoms in the realm of property rights, and people can try to make a living outside the confines of the state system.

But in essence the autocracy remains. Opposition is illegal and critics who openly challenge the status quo come under surveillance by the political police, and are subject to a barrage of insults from the official media.

The new National Assembly is made up of 612 deputies. There are some new faces, with a greater number of women and blacks, but it has the same feeling of command and control, with decisions still being made by unanimous consent.

It is a legislature that serves as a tool. The big news is that this is General Raúl Castro last term in office, and he has chosen as his crown prince Miguel Dí­az-Canel, who henceforth will be the country’s first vice-president rather than Machado Ventura.*

Invariably, Cuba’s luck will change. We will have to wait and see how things turn out. Five years is a long time in politics. The revolution’s original leaders dream of crafting a succession that will last for a hundred years.

On the island there are those who believe they are already watching the movie’s ending. Others are thinking only about how to stretch it out, the longer the better. For some, democracy is a matter of turning a corner… after the Castros’ funerals.

More than a few believe that in 2059 they will be in the Plaza of the Revolution, cheering for a Castro heir. Political forecasting is risky, but you too can place your bets.

1 thought on “Reports from Cuba: Raul Castro: His Last Term”