Restoring democracy in the oil dictatorship won’t be easy, even with the dictator gone. 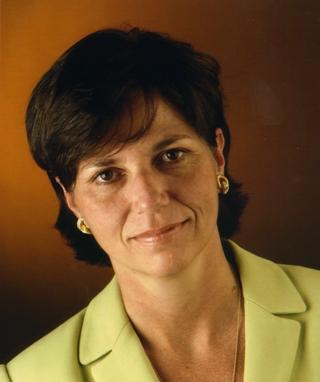 Venezuela’s Hugo Chávez is dead. But chavismo, the military government that he fashioned with the help of Cuba over his 14-year rule, lives on. Restoring democracy in the oil dictatorship won’t be easy, even without the caudillo in the red beret fomenting hatred on a daily basis. Meanwhile, Venezuelans will endure even deeper hardship than they do now.

Any transition to democracy faces two enormous hurdles. The first is the myth that Chávez was on track to make the poor rich and simply ran out of time. Amid a largely uneducated population and with a government skilled in propaganda, class conflict will still be easy to whip up and chavismo will haunt Venezuela for a long time to come.

The second reason is that any election that Vice President Nicolás Maduro calls, as required by the constitution, will be neither free nor fair. It will be merely a formality designed to legitimize the next dictator.

For anyone who thinks that the passing of Chávez automatically means change, I have two words: Juan Perón. The Argentine also was a military officer who feigned affection for the poor while expanding his power and wealth. He too had a cancer tragedy. His first wife, Eva, famous for her conspicuous consumption and populist flair, died of it at age 33. She was nearly canonized by the mob, and Perón exploited her death until his own passing in 1974.

Argentina has never been able to shake peronismo, which replaced the rule of law with governance by a troika of big labor, domestic producers and a corrupt political class. The once-prosperous South American nation is today again ruled by a Peronist president and is sliding again into repression, inflation and poverty.

If Venezuela obeys the constitution drafted by Chávez and his followers, it needs to hold a presidential election within the next 30 days. Not that anyone believes the vote will be fair. But if Vice President Maduro, who was named by Chávez as his successor, wants to preserve the patina of a “democracy,” his government has to go through the motions to make him appear legitimate. The sooner the election is held, the easier it will be to tap into the sympathy vote for the dead revolutionary.

As the new president, Mr. Maduro will need all the help he can get. He is often described in press accounts as a former bus driver, but he never spent much time behind the wheel. Instead he graduated quickly to union leader, where he got a taste for power. His big problem is that although he is a passionate ideologue, he is only a mediocre demagogue.

He also lacks ties to the military, which is the crucial institution in preserving his power. This explains why he has allowed himself to become so much Havana’s man in Caracas, signaling that he is ready to be more chavista than Chávez. If he stays in power, he is expected to continue sending billions of dollars in oil subsidies to Havana every year.

In exchange, Cuba will continue to provide him state security agents and all else he needs to keep the military in line and otherwise support repression in Venezuela. Without Cuba’s help, he will almost certainly be overthrown by a more ambitious student of chavismo.

It is rumored that there is significant resentment among the Venezuelan men in uniform about the outsize power and influence of Havana. As the economy sags, grumbling about Venezuela’s financing of the Castro regime is likely to increase. In that case the pugnacious president of the national assembly, Diosdado Cabello, a nationalist who hails from the military and remains close to it, will be Mr. Maduro’s most likely challenger.

This infighting could get ugly, but none of it will help Venezuelans reach the dream of living in a free, prosperous country. No nation can create the wealth necessary to truly make a difference in the lives of the poor without property rights, free markets, sound money and the rule of law. These virtues are incompatible with absolute power. Chávez eliminated them for a reason, and no new dictator is going to voluntarily restore them. It would be like asking him to poison his own whiskey.

Venezuela only got rid of its last dictator (Marcos Pérez Jiménez) when protesters against the tyranny took to the streets. Nothing short of a repeat of that January 1958 moment is likely to change things now. But it is improbable until the economy deteriorates further. In that sense, the bad news is the good news: Food shortages, unemployment and poverty are all worsening, and a recent devaluation has sent the bolívar to new lows in the black market.

Meanwhile, there may not be much the Free World can do to help Venezuela rid itself of the terrible scourge known as chavismo. At a minimum, it could refuse to go along with the charade that the country is still a democracy with free elections. Repeating the lie doesn’t make it any truer.

1 thought on “O’Grady: Venezuela After Chávez”