The U.S. should not lift sanctions and economically rescue the Castro dictatorship.

By Admiral James Clapper, Director of National Intelligence, during today’s hearing of the U.S. Senate Select Committee on Intelligence:

Cuban President Raul Castro is proceeding cautiously with economic reforms to reduce the state’s direct role in the economy and diversify trade relations, while preserving socialism and the regime. Measures implemented since 2011 to expand self-employment, permit sales of vehicles and property, and lease state lands to farmers are generally popular but have failed to produce much growth. With their primary patron Hugo Chavez’s death, Cuba’s leaders are urgently trying to attract foreign investment partners and increase their access to hard currency and foreign credit.

A priority for Cuban leaders is ensuring that economic reform does not increase pressure for a political opening and greater individual rights. There is no indication that Castro’s efforts, including his stated interest in laying the groundwork for a generational transition in leadership, will loosen the regime’s grip on power. The stiff prison term imposed on USAID subcontractor Alan Gross for facilitating uncensored Internet connectivity demonstrates the Castro regime’s sensitivity to public access to technology and information beyond its control. Indeed, harsh government repression of peaceful protests and an upswing in short-term arrests of dissidents indicate economic changes will not be coupled with political changes.

Havana recently announced a new travel and migration policy for most Cubans that will no longer require exit permits and extends the time Cubans can remain abroad without forfeiting property and other rights. The new policy has thus far only prompted a modest boost in US visas. The US Interests Section in Havana recently implemented process improvements that dramatically reduced wait times for nonimmigrant visa appointments. Countries around the region are watching for any indication of significant increases in Cuban nationals arriving under the new travel policy, but to date they have seen no such increases. 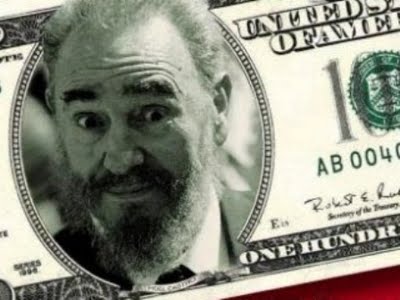