PRISONER OF CONSCIENCE ON HUNGER STRIKE

Independent journalist and prisoner of conscience Calixto Ramón Martínez Arias is on hunger strike to protest against his detention in Cuba. As a result, he has been placed in solitary confinement in a punishment cell.

On 6 March, journalist Calixto Ramón Martínez Arias went on hunger strike to protest against his detention in Combinado del Este prison on the outskirts of Havana, Cuba. He was consequently transferred by the prison authorities to a punishment cell. According to his relatives, the small cell where he is now held has no light, toilet facilities or bedding, and he is not permitted to leave the cell to exercise in the open air. These kinds of punitive measures are typically used by the Cuban authorities against prisoners on hunger strike.

Calixto Ramón Martínez Arias works for the unofficial news agency, Let’s Talk Press (Hablemos Press). He was arrested in Havana on 16 September 2012 by the Cuban Revolutionary Police (Policía Revolucionaria de Cuba) at José Martí International Airport in Havana. He had been investigating allegations that medicine provided by the World Health Organization to fight the cholera outbreak (which began in mid-2012) was being kept at the airport instead of being distributed. Since then, he has been detained in various detention centres. He has been held at Combinado del Este prison since November 2012.

Calling on the Cuban authorities to release Calixto Ramón Martínez Arias immediately and unconditionally, as he is a prisoner of conscience, detained solely for peacefully exercising his right to freedom of expression;

Urging them to remove him from solitary confinement, and ensure he is granted any medical attention he may require;

Urging them to refrain from taking punitive measures against prisoners for undertaking hunger strikes. 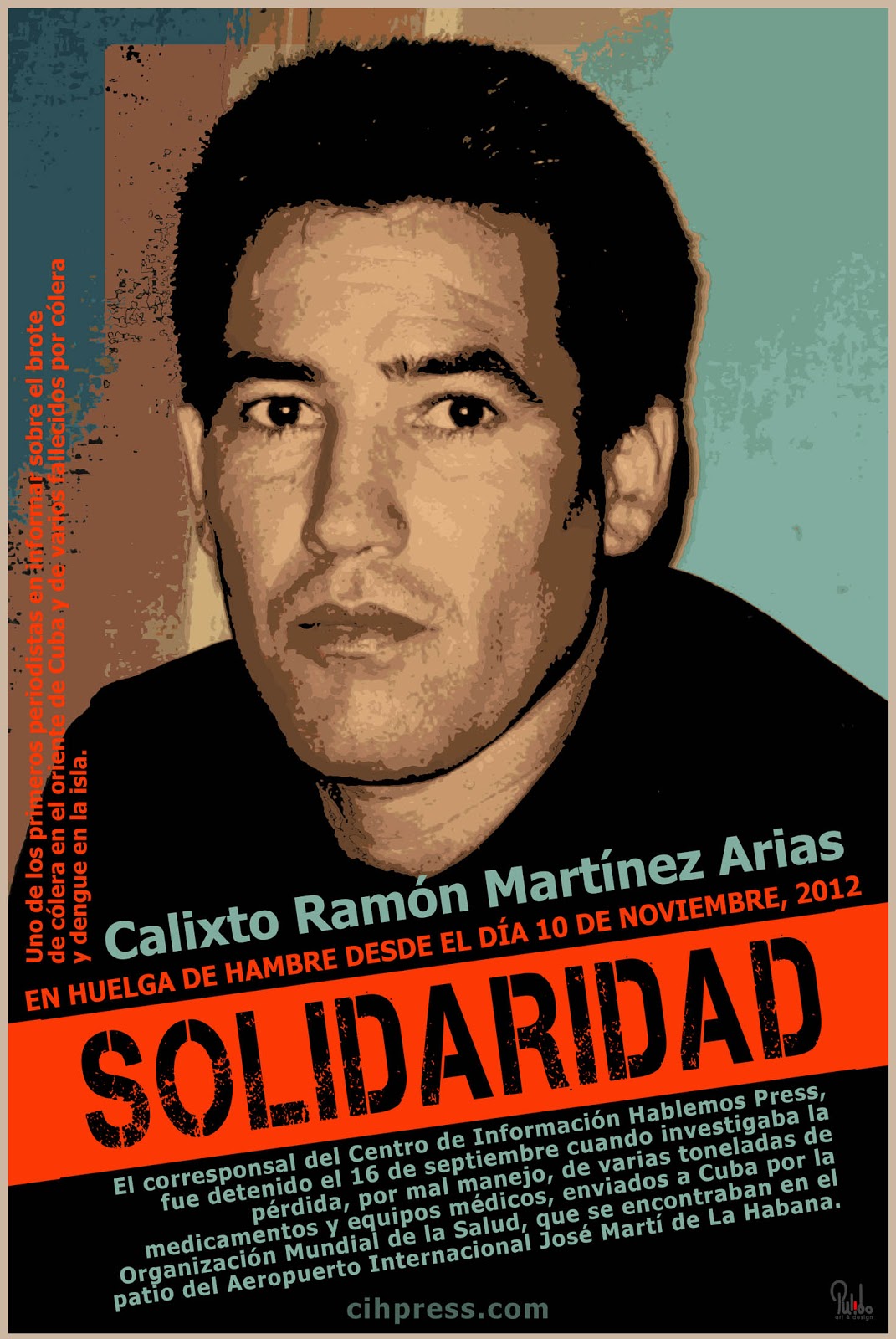