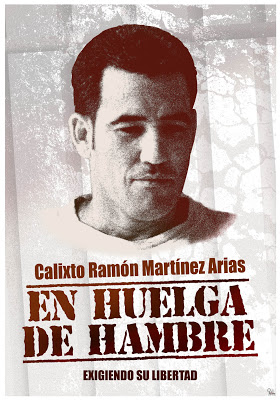 As Cuban prisoner of conscience Calixto Ramon Martinez enters the third week of his hunger strike to force his release, his journalistic colleagues and other Cuban activists are mobilizing on his behalf.

On Thursday, his colleagues at the Hablemos Press news agency delivered to the papal nuncio — Pope Francis’ ambassador in Havana — a letter asking for the Holy Father to intervene with the Castro regime on Martinez’s behalf.

In the letter, CIHPRESS describes how Martinez’s jailers are responding to his protest with even more tortures and other brutality.

“(W)e ask you to intercede with Cuban authorities to immediately release the journalist, because he is a prisoner of conscience detained for exercising his right to freedom of expression,” the journalists wrote.

After she delivered the letter to the Vatican’s representative Thursday morning, CIHPRESS reporter Magaly Norvis Otero went to the Combinado del Este prison in Havana to inquire about Martinez’s health. Via Facebook, Roberto de Jesus Guerra, the director of CIHPRESS, reported that at the prison, Norvis was detained and taken inside.

But later it appeared she had been released, after Guerra reported via Twitter that a prison official had told Norvis that Martinez was continuing with his hunger strike, which he started March 6. It is his second such protest since his arrest on Sept. 16, after Martinez went to the Havana airport to report on why medical supplies sent by the World Health Organization had been allowed to spoil.

According to the letter to Pope Francis, Martinez faces a charge of “disrespecting” Fidel and Raul Castro — as if they deserve anything more — by shouting anti-Castro slogans while he was being arrested.