Lesson of the Day: On State-Sponsors of Terrorism

Under the statutory criteria of Section 6(j) of the Export Administration Act, in order to remove a country from the “state-sponsors of terrorism” list, the President must certify to the U.S. Congress that:

“[T]he government concerned has provided assurances that it will not support acts of international terrorism in the future.”

Thus, in 2008, U.S. President George W. Bush certified to Congress that North Korea’s leaders had provided such “assurances” prior to removing it from the “state-sponsors of terrorism” list.

Fast-forward to this morning’s headline:

“North Korea’s military said it put all its missile and artillery units on ‘the highest alert’ on Tuesday, ordering them to be ready to hit South Korea, as well as the United States and its military installations in Hawaii and Guam.”

Lesson of the day: The “assurances” of brutal totalitarian dictators are absolutely worthless. 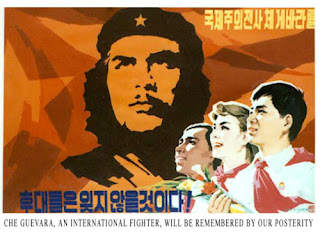 2 thoughts on “A lesson on State Sponsors of Terror”