Enrique Del Risco on his blog Enrisco (my translation):

I already know communism has assassinated or destroyed the lives of millions of people throughout the world, but as insufferable as its crimes is its abysmal pursuit of the ridiculous. Or to be more exact, the obsession that people function according to their grotesque notion of the world. An example is provided in the trip last week to Havana by Beyonce and that ugly dude who hangs out with her. The press did not seem too interested in it but that was all anyone was talking about on the streets. The government didn’t seem to care and at the same time mobilized half a city to participate in a choreographed reception for the couple. There were State ordered private concerts rehearsed weeks in advance. Receptions that were no less rehearsed. Performances by the children’s theater “La Colmenita” that coincidentally happened to have songs from the visitors included in the show.

But the most absurd of all is the story told by Fernando Ravsberg, director of El Cabildo (a private business that combined gastronomy with opera and did not survive two weeks although an article in the foreign press used it as an example of the reforms). He was told the business would be reopened to offer a performance for the august visitor. Later, he is told that El Cabildo will remain closed but the Opera of the Streets — which was a spin off of El Cabildo — will present a show at the Arenal Theater (which I suppose remains owned by the State). The opera company rushes to the theater, prepares themselves to perform for Beyonce I and her royal court when they are told she will not be coming. Nevertheless, the show must go on and a very private performance takes place to an empty theater. A tale worthy of the Stories from the Golden Era series. 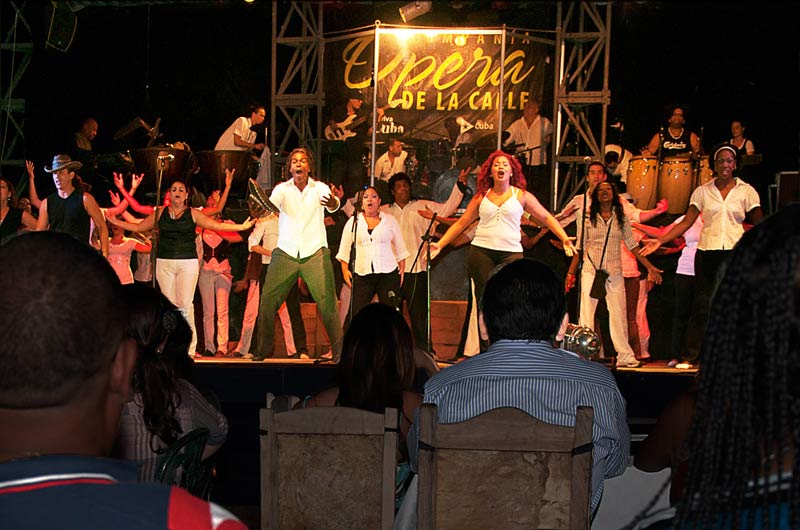